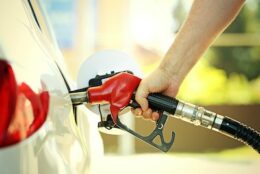 The U.S. Energy Information Administration’s (EIA) latest Short-Term Energy Outlook projects average gasoline prices to remain above $3 a gallon in June before falling the remainder of the summer driving season.

EIA’s outlook projects consumption during the summer driving season, defined as April through September, to be 1.3 million barrels a day more than 2020, but 400,000 barrels a day less than the similar period in 2019.

“Weekly consumption data reflect the Colonial Pipeline outage and subsequent increase in gasoline demand, but consumption both before and after this event indicate more gasoline demand than we had previously forecast,” EIA stated.

As oil prices rose and the Colonial Pipeline shutdown crimped supplies, EIA stated prices at the pump climbed. EIA reported average gas prices nationally peaked at $3.03 a gallon May 17, the highest weekly price since 2014. The Short-Term Energy Outlook calls for prices to fall from an average peak of $3.03 a gallon in June to $2.76 a gallon in September.

“The drop in forecast retail gasoline prices reflects our forecast that gasoline margins will fall this summer in response to rising refinery utilization,” EIA stated.

Diesel prices, meanwhile, peaked at $3.217 a gallon in May. EIA forecasts prices to remain above $3 a gallon the rest of the year, but falling from an average of $3.157 a gallon in June to $3.059 a gallon in December.

For the year, EIA projects regular gasoline prices to average $2.77 a gallon. The outlook projects the combination of higher prices and increased consumption will lead the average household to spend $570, or 38%, more on motor fuel in 2021 than it did in 2020.