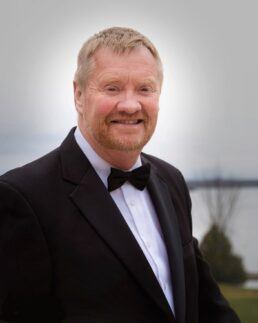 RVDA of Canada, in conjunction with RV Lifestyle Magazine and Dealer News, accepts nominations to review dealers based on their long-term contribution to the RV lifestyle and community as a whole.

“Thank you so much, I am truly honored,” Robinson stated in a virtual awards presentation. “This is such an incredible industry and I am thankful to have developed so many great relationships over the years, both with colleagues as well as our customers. And while I may have won the award, I really need to thank Stacey [Robinson] as well as all our fantastic staff, who help make our dealership the success that it is.”

Robinson grew up in family-owned M&K’s Beaver Park in Omemee, Kawartha Lakes, Ontario, which began selling trailers in the early 1980s. In 48 years in the industry he served roles such as board and committee member, along with charity volunteer. Robinson became an Ontario RVDA board of directors’ member, where he served as advocacy and government relations committee co-chair.

Robinson’s community involvement over the years has been tremendous, the association stated. He is involved in the Kinsmen Club, annual Toy Drive, the Food Bank and the Boys and Girls Club. Most recently, Robinson worked with Coachmen Catalina and other industry partners to grant a child’s wish via the Make-A-Wish Foundation.

Additionally, he developed RVs for front-line workers during the Covid pandemic, matching 46 Ontario workers with vehicles around the area and New York City for self-isolation purposes.