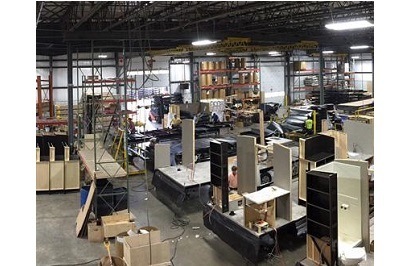 As states across the country consider business restrictions related to the COVID-19 pandemic, industry associations worked together to write state and federal officials about RV’s essential nature.

RVIA, RVDA and the National Association of RV Parks and Campgrounds joined in sending letters to all 50 governors and the federal Cybersecurity and Infrastructure Security Agency (CISA), which establishes the federal guidelines on essential businesses.

Their letters urged that all RV industry aspects – manufacturers and suppliers, dealers and service centers, and campgrounds and RV parks – be considered essential businesses and allowed to remain open.

“We have been working across the industry and there is this cooperation that’s been happening,” RVIA Spokesperson Monika Geraci said. “We have the playbook. We did this last spring.”

RVDA President Phil Ingrassia said the goal is to ensure clarity at the state and federal level.

“In fairness, most states and localities recognized right away the industry was essential,” he said. “When you look at what’s in the current CISA guidelines, motor vehicle repair is mentioned. But I think the idea is doing this so it couldn’t be misunderstood, as it was in certain jurisdictions at the start.”

New Mexico was the first state to re-enact business restriction affecting RV dealers in mid-November, and RVIA now has a state tracker on its site so membership can remain appraised about other changes.

Geraci said advocacy teams were prepared if restrictions returned because of work put in since the spring.

“So the government affairs teams, across the RV industry and the National Association of RV Parks and Campgrounds, has been working together on this since the pandemic began,” she said. “When it looked like there would be a spike over the summer, we were proactive and prepared. When the states started to turn to look at lockdowns, very quickly across all three associations, we were able to get these letters out to the governors and the federal agencies to make sure we’re at the top of the list.”

The letters made the case each industry segment was essential, beginning with manufacturers and suppliers. The letters noted RVs have served as mobile clinics, operating rooms, testing facilities, medical providers’ sleeping quarters, laundry facilities and kitchens. The letters stated RVs have been used by medical workers who need spaces to isolate from their families. Some RV manufacturers have produced PPE in their local communities, as well.

Dealers and service centers, the letters stated, supply RVs and perform critical maintenance and repairs, especially on LP/propane gas, electrical, plumbing and refrigeration systems. Emergency personnel and mobile RV medical clinics on the road now might need service. Ten million families who own RVs and see them as responsible and socially distant way to spend quality time with their families cannot be left without vital repair and maintenance services, they stated.

In addition, the letters noted parks and campgrounds play a vital role for first responders, traveling medical personnel and families using the spaces as sources for temporary accommodations. They provide critical propane gas, electrical and laundry services, the letters stated. Camping in RVs is among the safest ways Americans can spend time outdoors, they noted, while stating RV parks and campgrounds provide social distancing, space in the outdoors, and are able to adopt CDC guidelines and protocols.

“We’ve had a very consistent position on this throughout, and we were able to marshal forces very quickly on this,” Ingrassia said. “Hats off to RVIA and the campground folks for all they’ve been doing, and to all the dealers are doing in providing services. It’s really been something to see the industry supporting all these local government efforts.”

The letters were signed by Ingrassia, RVIA President Craig Kirby and National Association of RV Parks and Campgrounds President and CEO Paul Bambei.