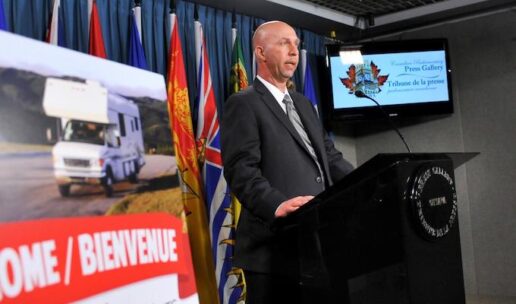 The RV Dealers Association of Canada announced Wednesday it created a new award — the George Goodrick Emerging Leader Award — in honor of the association’s past chairman.

“He encouraged others to get involved and was very passionate about whatever project he embarked upon,” the association wrote in a release. “George was a good friend to many and the Canadian RV industry was terribly saddened by his passing this past February.”

Goodrick was active with the Atlantic RVDA and the RVDA of Canada. He first joined the RVDA of Canada board in 2008 as a director, before going on to serve as chair of the national education and HR committee from 2010 to April 2014. Goodrick also served as treasurer, vice chairman, chairman and past chairman of the Canada RVDA. He was still serving as a director on the Canadian Camping and RV Council when he died.

“Because of George’s tremendous contributions not only to the RVDA of Canada, but to the entire industry,” the association wrote, “the association wanted to recognize his continued dedication through a legacy award. In his honour, the association is announcing the George Goodrick Emerging Leader Award.”

The Emerging Leader Award recognizes and encourages early-career professionals who have demonstrated exceptional commitment, passion and promise of leadership to the Canadian RV industry. This award is open to all personnel in the Canadian retail and wholesale recreation vehicle industry sector.

Nominations will open in 2022 and the association will name the first recipient next fall.

To be considered, individuals will need to meet the criteria of exceptional customer service, impact, innovation, initiative and social responsibility.

The recipient of the George Goodrick Emerging Leader Award will be recognized in front of industry peers at a Provincial or Regional RVDA event.

Goodrick’s wife, RuthAnn, said her husband had a “quote” she and their daughters heard many times.

“Life is always going to be hectic and those who learn to manage it, master it,” RuthAnn Goodrick said. “Those who don’t will always be lost.

“Well, George definitely mastered it. The girls and I would like to thank you for honoring him in such a sincere and heart-felt manner,” she continued. “George would be so touched and appreciative for this. He worked hard and wanted the industry to succeed and felt that everyone needed to step up to make that happen. He was never at a loss for words, but this just might have done it to him.”