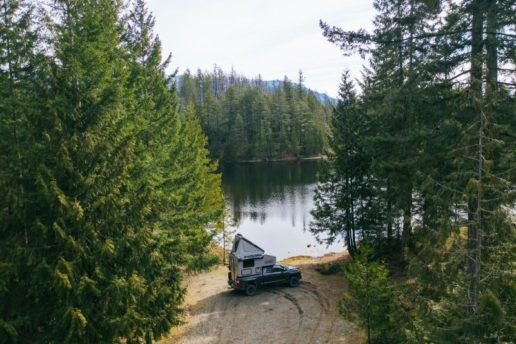 The Canadian RV Association (CRVA) announced today it has joined the Association of Atlantic RV Parks and Campgrounds and its members in their advocacy efforts to allow private campgrounds to open in Newfoundland and Labrador in Level Alert 4 instead of Alert Level 2.

The CRVA said the current opening would delay the private campground season well into July, devastate campground owners and disappoint RVers in the province.

“The great advantage of recreational vehicles are that they are a self-contained unit,” said CRVA President Shane Devenish. “Our RVs are truly a home away from home and provided that there is a electrical and water supply along with the ability to empty the holding tanks, campers do not need to use common washroom areas which seems to be the main area of concern by the Health Department in Newfoundland and Labrador. However, this is a not always known about camping in recreational vehicles”

According to the CRVA and the Association of Atlantic RV Parks and Campgrounds, the two groups are dedicated to providing a safe and secure camping experience.

The Association of Atlantic RV Parks and Campgrounds has been working with its members to put together recommended health and safety guidelines to use as a reference to deliberate a change in policy to allow for private campgrounds to open earlier at Level Alert Stage 4.

“We are confident that our campgrounds and their consumers will follow these recommended guidelines that would allow the residents of Newfoundland and Labrador and our campers to continue to self distance while they are able to enjoy the outdoors in their recreational vehicle and our beautiful destinations,” the Association of Atlantic RV Parks & Campgrounds announced.

“We met many of the great residents of Newfoundland and Labrador when we were here in 2018,” Devenish said. “During the past couple weeks, we have been receiving hundreds of messages from RVers who understand the Province’s health concerns but are anxious to start their camping season. We have learned that Newfoundlanders are passionate about enjoying the outdoors and their RVs and we have found them to be extremely hardworking, loyal and honest. We are confident that they will follow these rules.”

Click here to read the CRVA and Association of Atlantic RV Parks and Campgrounds full list of recommendations.

The Canadian Recreational Vehicle Association has existed for more than 40 years, and works to promote all aspects pertaining to the quality and safety in the RVs built by CRVA member companies in Canada and the United States. To this end, CRVA works closely with accredited companies in order to develop standards and codes specifically for recreation vehicles.