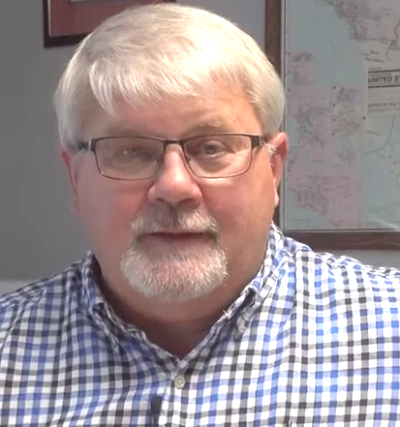 Bear has been a Coachmen employee since September of 1988. Over Bear’s 34-year career with Coachmen, he served in numerous key leadership roles. For the last 14 years at Forest River, he served as general manager of Coachmen’s Type C Divisions.

“Throughout Mike’s career, he has consistently conducted himself with integrity, respect and dedication. His loyalty and passion for our Company has always placed an emphasis on the best interests of the company, our team members and the customer,” Coachmen RV President Michael Terlep said. “With Mike’s retirement, it gives us great pleasure to announce the promotion of two fine, capable leaders within our company to Division 210 and 215 general management positions, Luke Handyside and Nate Saunders.”

Handyside, a 19-year veteran in the RV Industry, has spent his career exclusively in the motorized segment. He is a proven leader in developing relationships, winning teams and leading products, Forest River said. He has been a member of the Coachmen Type C team since 2009 and has served as the Division 210 sales manager since 2020.

Saunders, a graduate of the United States Military Academy at West Point, served two deployments in Afghanistan as a ranger qualified infantry platoon leader and was honorably discharged in  2016 with the rank of Captain. Saunders joined Coachmen in April 2016, where he has handled Coachmen Prism and Cross Trail products. On June 1, he became Division 215 general manager.

“We look forward to Luke and Nate’s leadership and influence as we continue to lead Coachmen Class Cs to its mission of best-in-class product, customer service and market share growth, Terlep said.