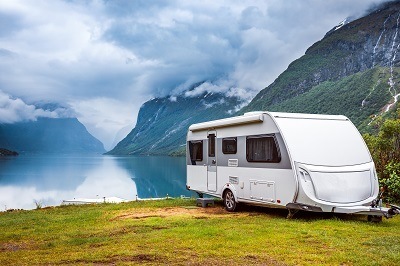 The Dyrt’s online community members said it was three times more difficult to find an available campsite to book in 2021 than it was in 2019.

The Dyrt looked at seven different camping types: RV, trailer, tent, dispersed, cabin, backpacking and moto camping. The Dyrt compared campsite finding difficulty from 2019 to 2021. Six of the seven types more than doubled. Finding a trailer site tripled in difficulty, increasing from 16% of consumers reporting difficulty in 2019 to 55% last year, the Dyrt said.

According to the report, over 50% of RVers book campsites at least a few months ahead. Despite high gas prices, availability at RV parks this summer is dwindling by the day, The Dyrt said. Overall, 53% of all campers reported booking at least a few weeks in advance.

“As camping popularity continues to rise — 8.3 million people went camping for the first time last year — campgrounds are increasingly booked up,” The Dyrt CEO Kevin Long said. “The increase in the number of campers over the past few years has been very noticeable anecdotally. Now we have real numbers that support what we have been seeing and explain why people are having more difficulty making reservations.”

Mountain West consumers reported the most difficulty at 48%, followed by the West Coast at 47%. New England was the least-difficult region in which to book camping, with just 37% of respondents encountering difficulty.

The report found that winter is the fastest-growing camping season, up 40% since 2019. Dispersed camping, or free camping on public lands, doubled in 2021.