EXCLUSIVE: California Campgrounds Are Not Closed 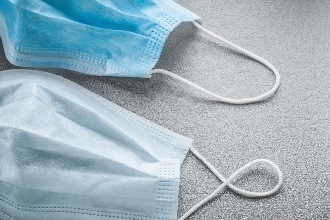 Most regions in California entered a Stay Home Order issued Dec. 3 by Gov. Gavin Newsom that places additional restrictions on, but does not close, RV dealerships and campgrounds.

The order was set to take effect within 48 hours after a region reports less than 15 percent ICU availability. Among the five regions designated by the order, two already are below the 15 percent threshold and a third opted in despite not yet reaching the threshold.

Private RV parks and campgrounds will remain open to residents, CampCalNOW President and CEO Dyana Kelley said, along with those who have long-term reservations of two weeks or more, full-time RVers who need shelter and those traveling for essential services.

The order suggests that only those from a single household can stay together, RVIA stated.

“Unfortunately, before the order was released, some media outlets jumped on it and said the campgrounds are closed, which they are not,” Kelley said. “I do not want anyone to assume we are closed.”

RVIA stated that motor vehicle and RV dealers will experience limited impact from the new orders. However, retail establishments, such as an RV dealership’s sales area, will be capped at 20 percent capacity.

“Certainly, California is restricting some retailers to 20 percent capacity,” RVDA President Phil Ingrassia said. “We are still trying to gauge that. Obviously, we do not want to see campgrounds close again, that is very troubling.”

Kelley said the state recognizes RV parks’ safety. The new orders are intended to limit intrastate recreational travel which could contribute to the virus’ spread, she said.

“We are still essential,” Kelley said. “We are still able to provide services for all those people. If somebody wants to come in for a weekend, but says they are essential, they should probably sign a waiver. We are not supposed to be taking any recreational reservations.”

The order essentially follows stay-at-home restrictions issued in the spring, with Kelley saying the wording in the new order is “a little less restrictive.”

The new restrictions have been implemented in the San Joaquin Valley region and the Southern California region, and will remain in place at least through the Christmas holiday. The Bay Area region opted in early.

The order will remain in effect for at least three weeks and will lift when a region’s projected ICU capacity meets or exceeds 15 percent, RVIA stated. A weekly assessment will address this following the initial three-week period.