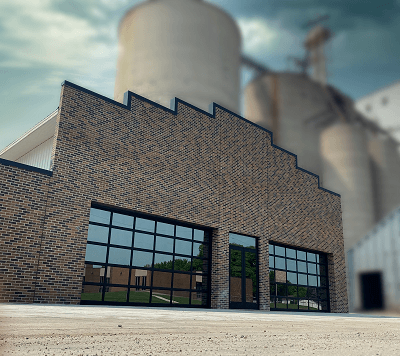 The family leading Demco Products has been in business in Boyden, Iowa, more than eight decades. In August, the fruits of the family’s historical work will be on display at a new Heritage Center.

Demco President Robert Koerselman is leading a project to convert an original building from his great-grandfather’s business into the Heritage Center home.

“We have three generations of Demco to share with our employees, community, and customer,” Koerselman said. “The Heritage Center is really a fourth-generation building, as my great-grandpa, Albert Dethmers, built it in 1938.”

The building was the home of Dethmers Implement. Albert’s son, Robert Dethmers, worked with his father before starting the company that later would become Demco.

The Heritage Center will be home to a collection of historic artifacts the company produced, from hog feeders to Kar Kaddys. The building is undergoing construction, which began early this summer. The goal is to open by the end of August.

Ceilings at the Heritage Center are being restored to their original barrel vault ceilings. The facility most recently housed Demco Printing, which featured drop ceilings that hid the original ceilings from sight.

The building features original brick and other design elements incorporated that survived 83 years.

The company is searching for a number of historical products that could be donated to the Heritage Center. Plans involve a plaque accompanying the products, telling the story of the implement and featuring the donors’ names as well.

Among the products company officials still being sought are: