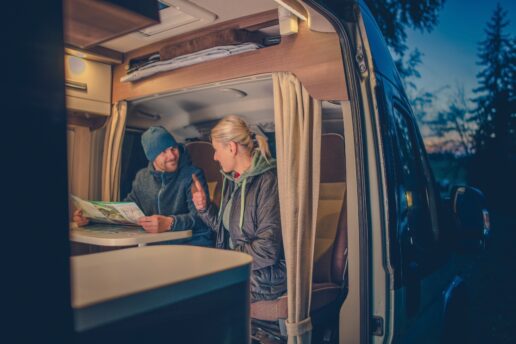 Go RVing, the marketing arm of RVIA and the RV Dealers Association, has been diligently establishing partnerships to spread RVing to more consumers, in addition to supporting current or new RVers.

The goal of these partnerships is to help empower individuals, families or other people to spend one more weekend each year in their RVs.

One of the largest partnerships established is with Roam Media, an organization seeking to promote active lifestyles, adventure and community among outdoor enthusiasts.

Courtney Bias, Go RVing director of strategic marketing and communications, said the partnership with Roam came about through a media buy featuring custom content creation. The media partnership resulted in RVing 101, a series of videos and posts discussing the basics of RV travel, including maintenance and how-to videos, in-depth informational discussions and explanations of setting up (and efficiently tearing down) a good camp.

All of the information is provided by experts, such as Lentine Alexis, a chef, RVer and athlete featured in Roam Academy 101. In her video series, she discusses how to effectively cook in an RV. Other videos showcase the types of adventures RVs can facilitate — kayaking, ice fishing and mobile work, to name a few, also presented by real RVers, many of whom are also experts.

“It is really to inspire potential RVers and educate, educate even current RVers,” Bias said.

Bias said the group has been able to work with influencer partners, like Brody Leven and Adam Clark, to showcase RV flexibility, versatility and options. She said Go RVing typically works with individuals who already have an RV, but must ensure the product is from an RVIA member.

Bias said in the upcoming months the marketing team will be kicking off new releases, such as further Roam Academy content, especially video-based content.

“We designed the new website to be king of content,” Bias explained, “to make sure that we are reaching a diverse audience, as many different activities as possible — traditionally, RVing was really just going camping at a campground, and that is not what camping or RVing is anymore. It is really a base camp for their next adventure.”

Bias said one portion of adventures Go RVing lacks at the moment is winter adventures, and may seek to bolster that content moving forward.

“Our focus is really to recruit new RVers, to diversify RVers, and to retain RVers to the lifestyle,” Bias said.

For the industry, Go RVing is rolling out a partnership in February with Black Folks Camp Too. The dealer-focused content will be only available through the industry portal of Go RVing’s website and will culminate with quizzes after each video. Once the content is satisfactorialy reviewed, the dealership, supplier or other RV industry member is eligible to display the Black Folks Camp Too Unity Blaze, which represents inclusion and help among the outdoor industry.

“I think it is really fun what we get to do,” Bias said of her work. “It is work, but there are a lot of elements of fun. I get to open consumer eyes, but also maybe interest those folks who may be limited on travel or do not want to go on European or cruise vacations. We are able to offer new adventures and help with exploring your own backyard.”