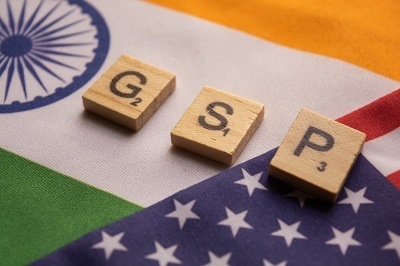 A six-year reauthorization of the Generalized System of Preferences (GSP), which easily passed the Senate, has been introduced in the House.

The House language is identical to a Senate bill co-sponsored by Sen. Ron Wyden (D-Ore.) and Mike Crapo (R-Idaho). The Senate bill passed by a 91-4 vote.

“Since the Generalized System of Preferences and the Miscellaneous Tariff Bill lapsed in December, American workers have been kept waiting for too long,” Brady said after Senate bill passage. “Because of the cost of continued delay, I look forward to working closely with Chairman (Richard Neal, D-Mass.) to reauthorize these programs quickly.”

The lapse in GSP reauthorization is costing the RV industry each month, RVIA stated.

“RVIA appreciates the efforts by leaders on the House Ways and Means and Senate Finance Committees to create a path to renew the Generalized System of Preferences, and urges the House and Senate to move as quickly as possible to finalize renewal,” said Samantha Rocci, RVIA senior manager of government affairs. “The expiration of the GSP program is costing our sector $1.5 million a month in duties for products that are not available in the United States.”

The last GSP renewal, in 2018, passed the House by a 400-2 margin, without a single House Democrat voting against either program. Brady cited the history to make a bipartisan case for easy renewal now.

“We are helping America’s Main Street businesses and manufacturers by renewing job-creating programs that maintain relationships with developing countries,” he said. “Given strong Senate support, let’s work together to build on the bipartisan agreements in this bill.”

Ways and Means Republicans will hold a trade subcommittee meeting today titled “With Over $450 Million Lost, Workers and Small Businesses Need Bipartisan Renewal of Trade Bills” to discuss how these programs’ expirations harmed workers and small businesses, and the bipartisan approach Congress should take to renew them.