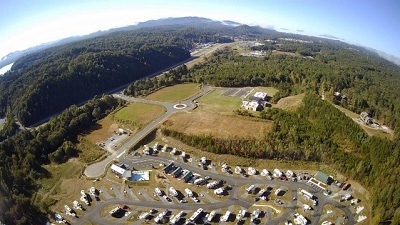 A spike in new Kampgrounds of America (KOA) construction is an evolving effort to meet campers’ needs, the organization stated, while considering RV users’ needs along the way.

In January, KOA cited construction levels that have not been seen since the 1970s. In the past four years, the company stated it has experienced a dramatic increase in KOA franchisee agreements. Eight new campgrounds have been built since 2017 and 12 parks are currently in the planning or construction stages, KOA stated.

“It is a great time to be in the camping business,” KOA Senior Director of Franchise Development Larry Brownfield said. “KOA currently has 12 campgrounds either under construction or in the planning stages. We have not seen that much interest in new construction since the early days of Kampgrounds of America, and we have been around for 59 years now.”

“You can now see a 44-foot RV with a rather large private vehicle or long trailer in tow,” he said. “You have got to plan for the right amount of long pull-through sites, because those are always the most popular and first to rent. Nothing will ruin a camper’s experience faster than having to unhitch their tow vehicle and maneuver their RV into a back-in site, when what they really wanted was a pull-through.”

Different size and length RV sites are also in new KOA designs. Brownfield said the goal is providing the best camping experience, regardless of camping style or vehicle size.

“We also find that the size of the RV has little to do with the type of experience the camper is seeking,” Brownfield said. “We see a lot of smaller RVs taking advantage of our KOA Patio Sites, because that is the level of experience they are after. So, we work closely with our KOA owners to help them determine the proper mix of sites for their parks.”

Brownfield said KOA is helping owners design more layouts where RV, tent and cabin accommodations are closer to each other.

“This can allow family groups to camp closer together, and still camp in their preferred style,” Brownfield said. “We have also seen a rise in the popularity of combination sites where, for instance, a site could accommodate both an RV and a tent.”

KOA carries out camper research to help determine what its guests, and potential guests, desire when it comes to their camping experience.

“What campers are telling us is that they have a desire for more quality tent camping sites, unique accommodations such as teepees, yurts and even covered wagons, as well as comfortable deluxe cabins and extremely nice KOA Patio RV sites,” Brownfield said.

The company encourages its campground owners to expand when they have additional land available. The idea is not to cram more sites into an existing campground’s footprint, Brownfield said.

“In the case of a planned new park, we strictly adhere to both national and KOA design standards relating to the number of sites allowed per acre for all site types,” he said. “We certainly want KOA owners to maximize their income from their available sites, but we are also cognizant of the need to safeguard the camper’s outdoor experience on each and every KOA.”

Providing additional power to campgrounds is not a consideration, Brownfield added. KOA follows the National Electric Code (NEC), which states the electrical service size allowed at RV and tent sites in the U.S. Brownfield said the company does not anticipate changes to the NEC or the Canadian electrical standards (CSA).

“We really turned the corner four years ago,” Brownfield said in regard to the new construction. “We started to receive a lot of inquiries from very qualified folks. Prior to that, I think I spent most of my time trying to talk people out of building a new campground and steered them toward buying an existing campground, just due to the expense and the other challenges brought by permitting delays.”

“The high demand for new RVs and the demand for more and new camping sites will also continue to rise,” he said.