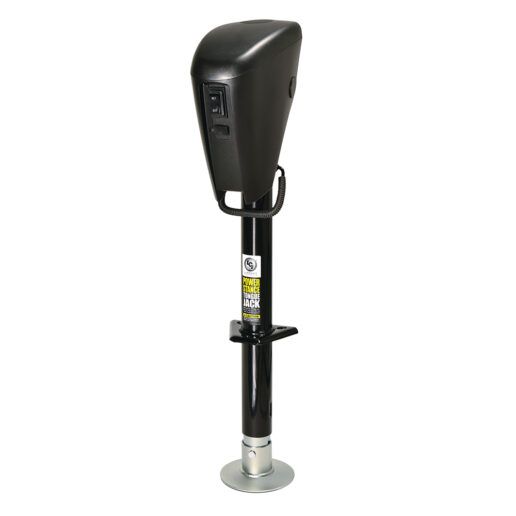 Lippert Components Inc. (LCI) has several new products to add to its lineup. The products fill a range of aftermarket needs and desires, from a new mattress collection to a step stabilizer and a power jack to a power washer.

Lippert is adding its third power tongue jack to its product lineup with the Power Stance, which will be available for preorder in August. The jack has a 3,500-pound lift capacity and will be available both to OEMs and the aftermarket.

The Power Swap is an auxiliary cord with a two-prong plug on one end and a 7-way vehicle connector on the other. The idea is to have a power jack that will operate even if there is no on-board power source, because, with the Power Swap, it can be plugged directly into the tow vehicle’s power. 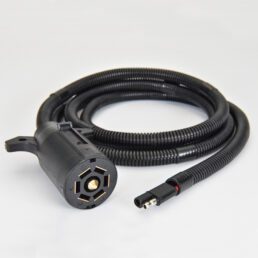 “If you lose power on your RV, or maybe you don’t even have an RV. Maybe you have a cargo trailer, maybe you have a horse trailer, something without on-board power, which is very typical in the utility trailer market. You can now install a power tongue jack on that trailer or RV and raise it using your vehicle’s power instead of a battery,” said Jarod Lippert, vice president of marketing and public relations at Lippert Components. “To our knowledge, we’ve never found anybody else who’s done anything like that.” 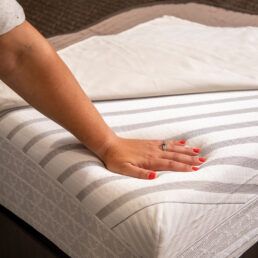 According to Lippert, the Thomas Payne furniture collection is one of LCI’s top-selling aftermarket lines. 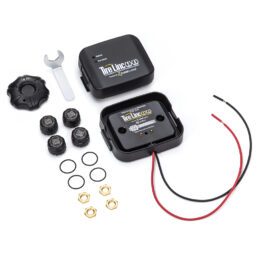 The Tire Linc tire pressure monitoring system (TPMS), which measures both tire pressure and temperature, is another new product already on the market. The kit comes with four tire sensors, which screw onto the tire valve stems, and a repeater to amplify the sensors’ signal. For vehicles with more than four tires, two-sensor sets are also available, sold separately. The TPMS can monitor up to 20 tires at once.

Tire Linc is Lippert Components’ first accessory component compatible with the company’s proprietary OneControl smart RV system. OneControl OE customers will have docks prewired for Tire Linc’s repeaters, so the TPMS will integrate into the smart RV system. However, since Tire Linc was designed to be used with the OncControl smart phone app, consumers can still use the TPMS even if they do not have OneControl in their RVs; they will have to find a place on their vehicle to mount and install the repeater.

An accessory keychain indicator fob is scheduled to come out later in the year that will notify users of a tire event with a simple audio/ visual cue, even if they do not have the app open on their phones. The fob will be sold separately. 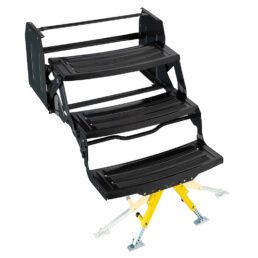 Lippert Components’ step stabilizer has been available to OEMs for a while, but the supplier is coming out with an aftermarket step stabilizing kit this fall. The stabilizer installs on an RV’s bottom step and has telescoping legs to ground the steps. Because each of the stabilizer’s leg is independently adjustable, the Solid Stance can be used on uneven terrain as well as level ground.

“The biggest complaint about standard RV steps is that last step is always a little spongey, a little bouncy, a little unstable,” Lippert said. “Not everybody wants to invest in a Solid Step, so this is a nice, affordable way for anybody that’s got a normal entry step, a standard entry step for an RV to create that ground connection and take that sponginess and bounciness out of that bottom step.”

The Solid Stance can be left on the bottom RV step when not in use, since it folds up to be stored. 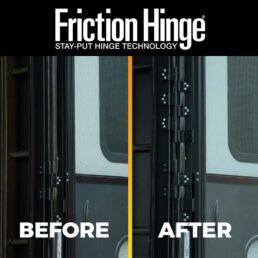 Another LCI product that has been offered as original equipment for years but is finally becoming available in the aftermarket is the Friction Hinge. The idea is that the hinge uses tension so that RVers can leave their entry doors wide open at the campgrounds without worrying a gust of wind will slam the door closed.

“Think about your laptop. If you open your laptop halfway, your laptop is going to stay halfway open. If you open it all the way, it will stay open all the way,” Lippert said. “It’s got a tension hinge in it that’s going to leave it in the position that you leave it. It’s not going to close. Winds up to 25 mph will not budge our Friction Hinge Door.”

The Friction Hinge installs on top of the existing entry door hinge without having to remove the door and is compatible with all LCI entry doors. 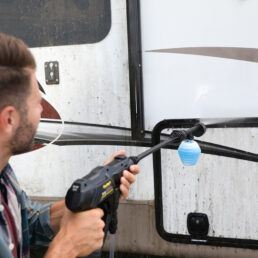 The Flow Max Power Cleaner is a portable, 40-volt lithium-ion battery-operated power washer. With five settings, the power cleaner is strong enough that it can clean pavement but soft enough to water plants, according to Lippert. It also has a soap bottle dispenser and has a soap-spray mode.

The power cleaner comes with two 40-volt lithium-ion batteries that allow for a 25-minute run time on a “high” power setting. The device also comes with a short and a long nozzle as well as a hose that can be dropped in any water source to wash any number of surfaces.

“If you’re RVing and maybe you get to the campsite and maybe your picnic table is a mess, plug this guy right in, drop the hose in a bucket of water, and you’re off to the races,” Lippert said. “Maybe you got muddy coming in, you want your RV clean. While you’re there, you clean it off there, too. Everything from patio furniture to your pavers to your house to your car, it’s one of those true multi-use products.” 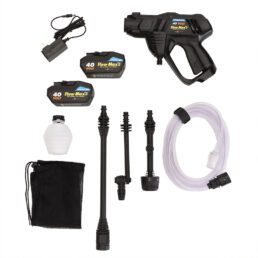