The record RV industry trends that began in 2020 have continued full steam ahead in the first half of 2021.

As the record runs likely near their end, RVIA President and CEO Craig Kirby found one word to describe the industry’s 2021 efforts: Remarkable.

“To increase production to record levels, during and through this pandemic, has been nothing but remarkable,” he said. “There are always discussions about supply-chain constraints. Yet suppliers have been producing at record levels. They are a key reason why we are able to be where we are today because manufacturers have components to build to these numbers. The manufacturers, suppliers, dealers, campground operators, everybody in the industry has been contributing to these record sales we have seen.”

SSI President and CEO Scott Stropkai said retail RV demand this year has been unlike anything historically seen. The previous best retail years were 2018 and 2020.

The unusual and long-lasting demand, Stropkai said, could be altering the industry’s historical build-sell-restock cycle. 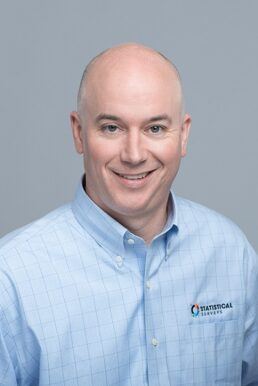 The trend held in the fourth quarter of 2020. Wholesale shipments totaled 130,221 to an originally reported 96,820 retail registrations. SSI usually upward revises monthly registrations by about 4% as data continues to file in, Stropkai said.

However, the record retail demand in the fourth quarter narrowed the spread between shipments and registrations, keeping manufacturers from the typical amount of re-stocking available.

The beginning of 2021 remained the same, with wholesale shipments totaling 94,216 and retail registrations at 64,990. Then came March.

Manufacturers shipped more wholesale RVs in March than they had in any month in the history of the industry, a total of 54,291. Yet even the biggest whole shipment month could not keep pace with the 54,829 retail registrations SSI initially reported.

Since then, retail registrations outpaced wholesale shipments by 26,550 in April and May.

“Retail continues to be strong, and it is pushing wholesale shipments to its limits,” Stropkai said. “If June sees more registrations than shipments, that will deplete dealer inventories even more.”

Kirby was hesitant to connect the data to a potential new industry trend cycle. He said it did not appear that dealer inventories were going to approach normal historical levels until sometime in 2022.

“There has been nothing normal about the past 18 months,” he said. “Everybody is making adjustments on the fly. If there is a trend coming, I think that it is we are going to be popular for quite some time.”

Stropkai agreed from the demand side but said the unusual nature stretched longer than the pandemic.

“I am not sure we know what a normal cycle is,” he said. “We have been going up every year since 2010. The bigger question is, when does it end?”

After months of record-breaking work by suppliers, manufacturers and dealers, Kirby said the July 4 break came at a good time.

“Everybody is working very hard to meet this consumer demand,” he said. “They deserved to get that break.” 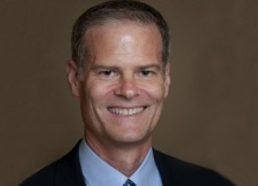 s plan to buy an RV in the next five years. Today, 11.2 million households are estimated to own an RV, up 26% over the past decade. Adding 9.7 million more would be an 86% increase in half the time.

“Those are really large numbers,” Kirby said. “I do not see this slowing down.”

Another factor Kirby cited is continued demand during the post-pandemic reopening. As alternatives to RV travel, such as flights and hotels, have re-opened, demand remained at record-breaking levels.

“The experience people have had in RVs, to be able to work from anywhere, to learn from anywhere, in their RV, these are here to stay,” he said. “It is going to continue to impact our numbers.”

Anecdotally, Stropkai said he saw evidence of the industry’s effects the past year.

“I cannot tell you how many of my friends and family are talking about RVs, as opposed to two years ago,” he said. “I have a number of friends who just bought RVs because they wanted one, and I never heard them talk about it before.”