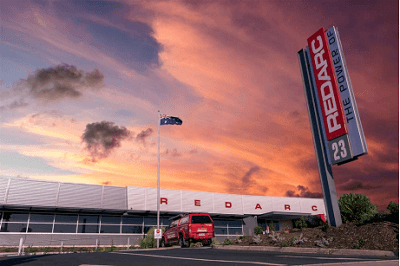 “The inverter range completes our power management systems, and we can now offer a complete solution to our customers. The launch has been extremely well received so far, the products are high quality, and compatible with our RedVision system for full monitoring and control of vehicle systems,” Redarc North American Sales Director Jason Groom said. “The inverters are available in a wide variety of sizes to fit every power need, so we are expecting them to enhance the breadth of offering to our valued customer in North America.”

Redarc inverters have been available in Australia for years. The decision to adapt the models for North American markets was an easy one because of strong U.S. demand, said Redarc International Marketing Manager Marion Jones.

According to Redarc, cheaper inverters try to imitate a sine wave by “chopping off” the corners of a square wave, creating a modified stair-step or square wave. Appliances running on a modified sine wave need more power and produce more heat, the company said.

Pure Sine Wave allows a wider input voltage range for 12-volt and 24-volt inverters and protects against extreme voltage variability, Redarc said. The input and output are fully isolated and each inverter comes with a two-year warranty.

Find out more about Redarc.