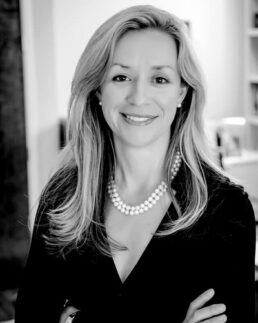 TRG’s founding partner and CEO Kathryn Thompson said many dealers reported record Q4 sales after reporting record Q3 sales. More than half of dealers said sales were up at least 10 percent this quarter, the report found.

Thompson said despite the record sales, there is not enough product on dealers’ lots. Dealers reported record-low inventory levels, with most seeing drops at least 40 percent below usual.

“Most dealers reported that sales likely would have been up 20 percent or more if they had enough inventory on hand,” Thompson said.

Dealers surveyed reported demand much greater than supply. With material shortages, dealers are struggling to get new inventory that also could be traded for used products.

Although selling all units is a nice problem to have, TRG stated, it can be a problem when sales restrictions and empty lots greet new customers.

A south regional dealer reported, “Some people are still ordering units and waiting three to four months to receive them. Others are making down payments over the phone before they even see the RV, and then driving in from out-of-state to pick them up.”

Some dealers said lightweight travel trailers and towables were bringing in the strongest sales, while others cited motorhomes as setting the pace.

“If you order an RV, you are looking at a wait time of about 120 days versus the normal 60 days in the past,” a southeast regional dealer reported.

Dealers are not sure when demand levels will stabilize, Thompson said. Resolution was thought to come in mid-2021 but she said it now is looking more likely to take place at the year’s end. With the current inventory replenishment and demand pace, three-quarters of dealers surveyed expected inventory levels to return to normal at the end of 2021’s third quarter.

“There was a big spike in RV demand from consumers into the summer,” Thompson said. “If you think about it logically, that spike we have touched on may seem counter-intuitive to have people going for RVs. It is part about safety and wanting to get different views of the world.”

Lot traffic continued during Q4 but saw some holiday shutdown, the report found, likely because of colder weather, low inventory and the holidays. A total of 82 percent of dealers surveyed reported lot traffic increasing minimally over the fourth quarter.

For businesses who saw a slowdown in late December, that pace has picked back up in January, TRG stated.

“We saw seasonal flow-down as the quarter came to a close and now, we see a pickup in momentum,” Thompson said.

TRG stated this year’s outlook is strong, yet somewhat incomparable to 2020. An increase in sales set up a strong position for the industry that some dealers are hesitant to say 2021 will surpass, TRG found.

“Demand is expected to remain strong in the year and dealers are ordering more units than last year, but 2020 is an anomaly from a retail sales number standpoint, one that will be hard to break even with continuing strong industry fundamentals,” TRG stated.

Nearly three-quarters of dealers surveyed said they believe demand is strong and will last through 2021. However, sales demand partially will depend on what happens with the U.S. economy, President Joe Biden’s new administration and the Covid vaccination, dealers reported.