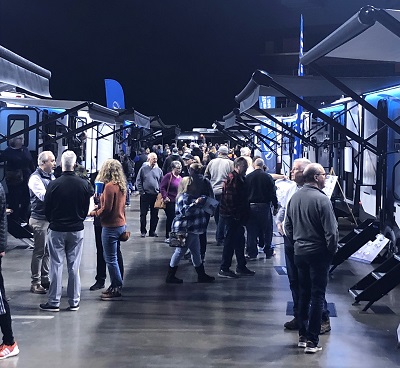 Consumer RV shows kicked off the first week of January. Initial reports from shows across the country found dealers and manufacturers pleasantly surprised by the attendance and by consumers’ willingness to place orders and buy.

“It was definitely the biggest in the last two years,” he said.

“It was fantastic,” he said. “There was tons of traffic and tons of interest.”

Pastore said the five-day show typically opens with relatively slow business on Wednesday and Thursday before picking up over the weekend. This year was different.

“Wednesday and Thursday felt like a typical Friday,” he said. “Honestly, Saturday was almost overwhelming.” 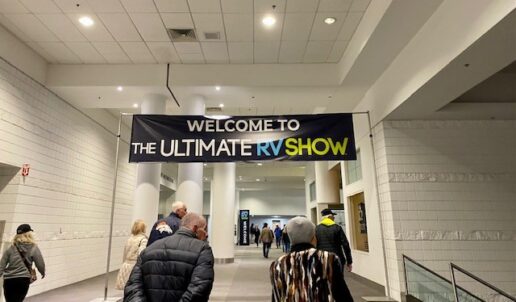 Dealers and manufacturers said numerous consumers came to the shows ready to buy, whether they paid cash or financed. Many were surprised the number of consumers who looked to finance even with today’s higher interest rates.

“We did sell,” Pastore said. “Sales were predominantly skewed toward smaller stuff, but we sold across the board.”

Creech said one dealer he talked with at the Greensboro show brought 34 RVs and sold each one. Creech’s dealership did even better, he said.

“We sold more than we brought,” Creech said. “That’s always a good show.”

Cleveland’s show was the first conducted since the pandemic. The last Ohio RV Supershow took place in January 2020.

Greensboro’s show was the first time the show ran four days rather than three. Creech said dealers expect to the show to be scheduled for four days next year as well.

“Some of the other dealers I talked to with shows on the East Coast were very positive,” Creech said. “They had good turnouts and dealers were writing up deals.”