New data from RV Trader shows consumers are engaging with dealers at levels RV Trader Executive VP of Sales and Operations Paige Bouma said she never has seen before.

The online marketplace looked at the top 10 most common motorized and towable RV makes listed on its site as of Jan. 29. The list shows consumers actively are searching units, Bouma said, but the bigger trend is how often people are connecting with dealers.

“The story is that people are not just searching, but they are going in and starting to converse with the dealers to make moves,” Bouma said. “That is reflected in what we are seeing. There are tons of opportunities for dealers to take advantage of this.”

In addition to top-listed RV makes, the company is analyzing how many times a user searches a specific brand and visits the dealers’ Vehicle Detail Page (VDP). This is where consumers dig deeper, Bouma said, which is why photos, videos, floorplans and other up-to-date RV details are essential to list on a dealer’s website.

TMC was not the only Thor Industries company that saw spikes in year-over-year consumer engagement. Jayco had 12,192 units listed and 74 percent more people visited the company’s VDP, in addition to a 111 percent spike in users searching the company’s Entegra Coach models. However, Jayco’s biggest leap was found in its email leads.

“Once [users] get to the VDP, they are engaging with dealers,” she said. “In this case, a lot of makes have seen a three-times increase in email leads. Consumers are motivated and want to have conversations to move forward. It shows there is more intent than what we saw a year ago.” 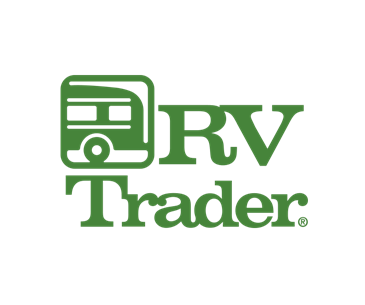 “There is so much more online investigation of a unit,” Bouma said. “It is super important that dealers acclimate their listings to engage customers to reach out. Listings need to be properly put together.”

“People have to move quickly, and they are reaching out to dealers (more) than I think they have ever done before,” Bouma said. “[Consumers] want to know whether a unit is available or not, want more details or to set up a time to look at it. A lot of the time, people are asking if dealers can help them find a specific unit. The engagement piece is really rising right now.”

Forest River also saw spikes in RV Trader’s towables sector. The manufacturer topped the most common RV makes at 33,878 units posted on the site, in addition to having the highest towable-related consumer engagement, with email leads increasing 157 percent. Coachmen RV had 10,038 listed units, while Prime Time Manufacturing rounded out the top 10 list at 3,331 units posted.

“We know that buyers are doing online research more than ever, because they are not out on a Sunday drive to walk the dealer’s lot,” Bouma said in regard to the pandemic’s effect on customer habits. “Really they are spending that time going online and understanding the units. Dealers need to make sure they are not missing out on opportunities to meet buyers.”

Using third-party marketplaces is a great way to get inventory to customers at a large volume, she said.

“Traffic numbers continue to be really strong year-over-year,” Bouma said in regard to the industry’s winter season. “There is not a lot slowing down. We are seeing people RVing now more than we have ever seen.”