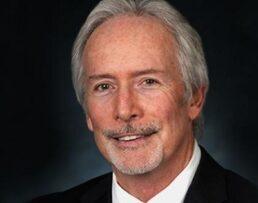 President-elect Joe Biden will be sworn in as president on Jan. 20, bringing a Democratic Congress and presidency to the White House after the Georgia Senate runoff races’ results.

“Our priorities will stay the same,” he said. “We have several smaller issues that we are going to continue to push. There has been an awful lot of gridlock up on Capitol Hill because of the Republican Senate and Democratic House. So honestly, this may help streamline and get more things done.”

Connections with legislative directors and chiefs of staff are essential to RVIA, Landers said.

“As a government affairs team, even though the members of Congress go in and out, we still know quite a few of the staff who help get things done,” Landers said.

RVIA has a good relationship with Sen. Martin Heinrich (D-N.M.), Landers noted, who was involved closely with the Biden campaign.

Having good relationships with professional staff within the administration gives RVIA insight into what is coming down the pipe, he said.

Biden has said he will nominate Rep. Debra Haaland (D-N.M.) to take over the Interior Department.

“That’s good because [Haaland] understands how important the Interior is,” Landers said. “The Department of the Interior controls the national parks and federal lands.”

RVIA is pushing for investment into national parks and forests, many which were established in President Dwight Eisenhower’s era and have not been addressed in more than 20 years. Landers said campground modernization is high on the priority list.

“That does not just mean the campgrounds get spruced up,” Landers said. “It means the septic systems and water systems get fixed and replaced, the stores get updated, roads get paved and the trails will get cleaned up. It is a holistic investment in camping. It is going to be awesome not just for me and you, but for our children and our children’s children.”

Although a unified Democratic government is near, Landers said most industry priorities are nonpartisan issues. Last year’s Great American Outdoors Act passage was evidence, he said.

“The Great American Outdoors Act was a big deal and one of the biggest pieces of legislation that got through [Congress] because it was nonpartisan,” Landers said. “Both sides liked it and the vote was pretty strong from both parties.”

Several other outdoor recreation-related legislations will be prioritized by RVIA, Landers said, including fixing the 2017 Tax Cuts and Jobs Act provision that denied travel trailer manufacturers the ability to deduct paid interest on their floorplan loans.

The association plans to advocate on trade issues involving the Generalized System of Preferences and recent tariffs that impact the lauan wood used in RV sidewalls.

“We will work with our champions to get things done,” Landers said. “We are riding the wave of just an incredible year. Even with the pandemic, RVs played a great role in helping manage the process.”

Landers cited programs such as RVs 4 MDs, which provides temporary housing for first responders. Units have been used by hospitals and healthcare workers who do not want to risk infecting their loved ones and need temporary accommodations, whether in a driveway or campground, he said.