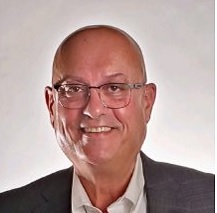 John Sammut, Newmar sales and marketing VP said he decided to retire after coming back from Christmas break and realizing life is short.

Sammut will leave the company this summer. As he gets ready to exit Newmar, where he has spent almost 19 years, he reflected on his career and offered advice for those still in the RV business.

Several figures in Sammut’s life passed away recently and spending time with family over the holidays made him ponder, he said. He decided to move up his retirement plans, surprising even himself.

“I think it was a sudden awareness and realization of one’s mortality. I think that pretty much sums it up,” he said. “I am still healthy. I am still able-bodied. I really would like to be enjoying some of the years later in my life, before I start being challenged by some, you know, physical impairments… I just would like to spend some time enjoying it and spend more time with my family.”

Sammut will stay with Newmar until May 26 when the company will host its annual dealer meeting at the Broadmoor Resort in Colorado Springs, Colorado. Sammut said he has hosted the event for years and he would like to see dealers one more time before he retires.

“I really wanted to have the opportunity just to pay my respects and see them and visit with them one more time as well as help the company for their biggest event on the calendar,” he said.

Sammut admitted he has seen some tough times during his tenure with Newmar. The Great Recession was particularly rough, he said, but the company rebuilt.

“We were at a low point in our in our dealer representation of roughly 39 dealers,” he said. “Now we have 54 dealers with some nearly 80 locations throughout the US and Canada. I will tell you, it is the finest dealer network we have had.”

The first cross-country journey took place during Sammut’s 50th birthday. Trip stops from Indiana to Washington state over the three weeks were published online. Dealers would emerge from their dealerships to meet the caravan with potlucks and celebrations. Sammut, who completed the first 5,800-mile trip in a Canyon Star gas motorhome, said the events are occasions he will “forever remember and treasure.”

Sammut said integrity, honesty and “doing the common thing uncommonly well” are keys to a long and successful career in the RV industry.

“I did not go to business school. I do not have a master’s in business,” he said. “Tell your dealers what you are going to do and then do what you told them. That garners you the kind of strong relationships that Newmar has enjoyed during my tenure and beyond. Dealers just want to know the truth. And sometimes you have good news to share and sometimes you have bad news to share. But as long as what you are conveying is the truth, the dealers will understand and so will your customers.”

Sammut will spend the next several months focused on the Newmar dealer meeting and helping the team smoothly transition to the new model year, he said.

He said Newmar President Casey Tubman will search for his successor and “do what is best for Newmar,” but his departure news is fresh, and no specific candidates are yet being considered.

Sammut said he hopes to travel and perhaps enjoy delving into the culinary arts once he retires.