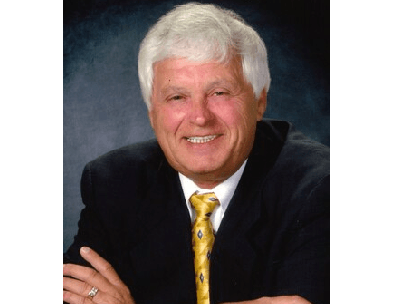 He was born July 10, 1942, in Warsaw, Indiana, to Frank and Joan Morgan. On June 27, 1970, he married Cathy Smucker in Middlebury, Indiana. Recently, they celebrated 50 loving years with family and friends.

She survives along with a daughter, Jennifer L. Morgan of Brownsburg, Indiana, and a son, James C. (Tiffany) Morgan of Middlebury, Indiana; and a sister, Gretchen Jones, Warsaw, Indiana.
Along with his parents, he was preceded in death by two brothers, William and David.

Jim grew up in Elkhart, Indiana, and served in the United States Navy. He was a member of First United Methodist Church of Middlebury, the American Legion Post 210, the George Washington Masonic Lodge #325 and Elcona Country Club. A Middlebury resident since 1970, Jim held several management positions at Coachmen Industries and was one of the owners of Santa Fe Automotive in Elkhart. He retired in 2008.

To read the full obituary in the Goshen News, click here.