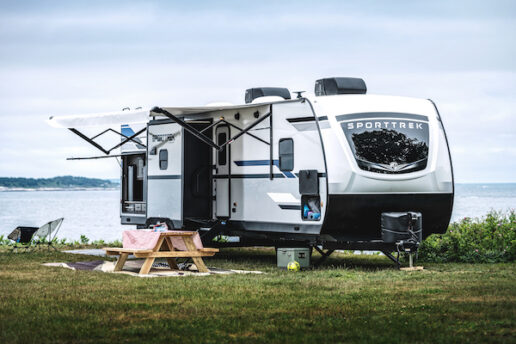 The Go RVing Real Trends December 2021 Report focused on changing patterns for American consumers and growth in markets that may have been overlooked during the pandemic.

The report first dove into the record-setting Americans quitting jobs in favor of adjustable working hours, remote work options and new opportunities. Go RVing found 65% of people seeking new opportunities as of August 2021, according to a PwC U.S. Pulse Survey from August. U.S. News found 3% of the entire U.S. workforce quit their jobs in August.

According to Bankrate Job Seekers’ August survey, over half (56%) of respondents prioritized adjustable working hours and remote work options. Dubbed “the Great Resignation,” the movement has changed the way employees and employers think about the workplace, Go RVing said. The organization said RV industry members can spotlight RVs best supporting remote workers or show ways RVers can use their RVs as a workplace.

Shorter commutes have long meant higher price tags, Go RVing stated. As attitudes shift, there could be an opening for RV dealers to leverage lifestyles such as RVing.

The trends report also noted Formula 1 racing’s rise in popularity to become one of the faster-growing sports in the U.S. Sportice reported a 40% increase in Formula 1’s U.S. fanbase from 2018-2021, mostly from 18-34 year-old individuals. In addition, there was a 99% increase in engagement across the sport’s social platforms from 2019-2020.

Over 400,000 individuals attended the Formula 1 U.S. Grand Prix in Austin, Texas — the largest recorded crowd for the sport. With popularity growth, RV dealers could use the sport to tap into new audiences, demographics and fan bases that represent young, diverse populations.