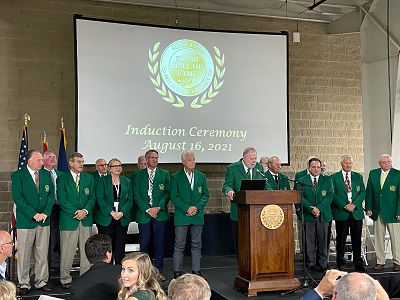 The Hall said in a release the active nominee pool diminished, primarily because a nominee is dropped from the eligible list if not selected within five years. Darryl Searer, president of the Hall, is urging those who nominated a person more than five years ago to update and resubmit their nominee.

Searer said the best way to nominate someone is to download the guidelines and forms online at https://www.rvmhhalloffame.org/how-to-nominate/

“Most members of the two industries know someone who deserves to be in the Hall of Fame,” Searer said, “and this would be an excellent time to begin the nomination process.”

Anyone can nominate a person to the Hall of Fame that meets the eligibility requirements. The only people who may not be considered are those who currently serve on the Hall of Fame’s Selection Committee.

To be eligible the nominee must be, or have been, an active participant in any segment of the recreation vehicle, campground, or manufactured housing industries for a minimum of 25 years. Canadians and other international industry members can be nominated.

If a completed nomination form and three properly-prepared seconding letters are received by Oct. 31 of any year, the nominee will be in the pool of candidates considered for the following year’s class and for five years beyond that, if not selected.

The Hall of Fame’s Selection Committee will announce its selections in January 2022 and those chosen will be inducted at the annual induction dinner in August. The Hall of Fame’s bylaws allow for up to 10 inductees per year.

“The Hall welcomes nominations from all RV and manufactured housing sectors – manufacturers, dealers, campgrounds, housing communities, suppliers, user groups, trade media, associations, etc. – for the Class of 2022 and beyond,” Searer said. “The nominating committees are especially interested in receiving nominations for deserving early pioneers who may have been forgotten, passed over or overlooked in the past.”