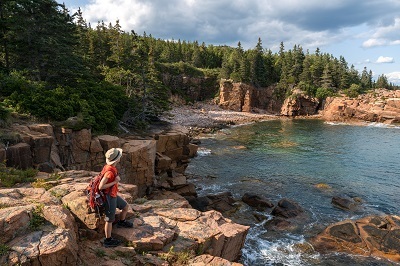 RVDA and the Outdoor Recreation Roundtable (ORR) are among the groups supporting a new House bill that would provide veterans and Gold Star families free lifetime access to national parks and public federal lands.

“As a 24-year Army veteran, I understand the sacrifices made by our military and their loved ones,” Miller-Meeks said. “We owe so much to our amazing servicemembers, veterans, and their families; my Veterans in Parks Act is the least we can do.”

The bill would enable veterans and Gold Star families to receive the America the Beautiful Pass. The pass provides access to more than 2,000 federal recreation areas, including our national parks, national forests, and wildlife refuges.

“As a veteran, I know firsthand the importance of national parks as a place of connection and healing when dealing with the visible and invisible wounds of war,” Gallego said. “The VIP Act is an important step in ensuring that veterans, service members, and Gold Star families have access to the public lands they and their loved ones fought to protect.”

In 2020, the America the Beautiful annual pass became free for veterans and Gold Star Families; however, Herrera Beutler noted the change was not put into law and could be undone in future years. The VIP Act codifies the change and makes the passes lifetime passes instead of annual passes.

“While we will never be able to fully repay our brave men and women for donning the uniform and serving our nation, one small token of appreciation is to ensure that they, and Gold Star Family members, are able to visit our national parks and public lands free of charge,” Herrera Beutler said.

Rep. Mo Brooks (R-Ala.), among the 134 co-sponsors of the bill, said it was only right the families have free access to the country they protect.

“America is home to awe-inspiring national parks, majestic national forests, and federal wildlife refuges teeming with diverse species,” he said. “Yellowstone, the Grand Canyon, Yosemite, and Acadia are just a few of the thousands of natural wonders that make America one of the most scenic and amazing landscapes on Earth.”

Numerous associations proclaimed their support for the bill in addition to RVDA and ORR, including the National Marine Manufacturers Association, Outdoor Industry Association and National Association of RV Parks & Campgrounds (ARVC).