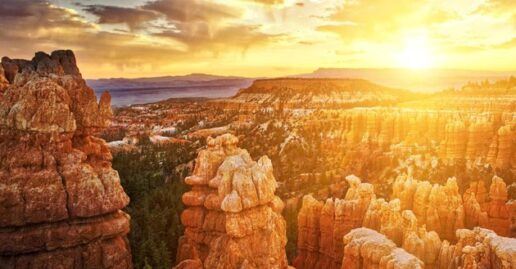 Leaders from across the RV industry thanked Congress for passing the Great American Outdoors Act on Tuesday, and gave insight on the future success the new act allows for.

Phil Ingrassia, president of the RV Dealers Association, pointed to the benefits dealerships and suppliers will see due to improved funding for federal camping areas and public lands.

“On behalf of the RV Dealers Association, I want to thank all the members of Congress who voted in favor of the Great American Outdoors Act,” Ingrassia said. “This bipartisan, landmark legislation will provide funding for federal campgrounds and recreation areas, while preserving our public lands for future generations.” 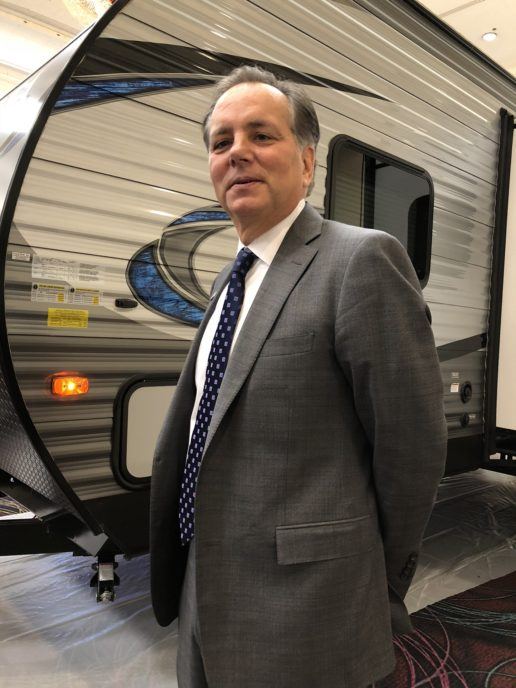 Ingrassia thanked the RV industry professionals who responded to the RVDA call to contact their representatives in support of passing the Great American Outdoors Act.

“The act will go a long way to reduce the maintenance backlog for our National Parks, the U.S. Forest Service, the Bureau of Land Management, and the U.S. Fish and Wildlife Service,” Ingrassia said. “I also want to thank all the RV dealers, RV manufacturers, campground representatives, and other industry stakeholders who reached out to their elected officials and helped get the Great American Outdoors Act approved by Congress.”

The Outdoor Recreation Roundtable became a leader in advocating for the act during the last year, and also celebrated the legislative victory on Wednesday morning.

“The outdoor recreation industry is ready to usher in the next golden age of the outdoor experiences after the House passed, in bipartisan fashion, the Great American Outdoors Act,” said Jessica Wahl, executive director of Outdoor Recreation Roundtable. “GAOA is a major 21st century achievement and a reminder that when all sides work together, we can accomplish great things for the outdoors and the nation. We applaud House leaders— particularly Speaker Pelosi, Representatives Cunningham and Simpson, among many others — for helping to get this done. We urge President Trump to sign this bill into law as soon as possible so the outdoor recreation sector can help drive economic recovery in communities across the country and all Americans can connect with outdoor experiences that improve health and quality of life.”

ORR member organizations and businesses sent a thank you video message to members of congress for passing the Great American Outdoors Act. ORR members, including the RV Industry Association, also looked toward the future when it comes to the impacts of the act.

“If you’re an RVer, or any kind of outdoor recreation enthusiast, the Great American Outdoors Act is the best thing to happen to our community in six decades,” said Craig Kirby, President of the RV Industry Association. “Thank you to those Members of Congress, especially the RV Caucus members, who voted in favor of this landmark legislation that will direct significant funds toward critical deferred maintenance and campground modernization needs on our public lands and waters. Twenty million RVers across the country depend on our iconic state and federal lands for recreation, conservation, enjoyment, and overnight camping. Enactment of this milestone legislation will mean increased recreation access for all no matter where they live, allowing more Americans to find fulfillment in living an active outdoor lifestyle.”

“Public lands are critical for providing recreational fishing opportunities throughout the nation,” said Glenn Hughes, president of the American Sportfishing Association. “The Great American Outdoors Act will provide long overdue funding to benefit current and future public lands at the local, state and federal levels. Enactment of this historic legislation will benefit recreational fishing, and outdoor recreation in general, for decades to come.”

“For literally millions of small businesses located in gateway communities near national parks and forests, including private RV parks and campgrounds, the passage of this historic legislation will increase opportunities for people to recreate outdoors and support all businesses that make up the outdoor recreation industry,” says Paul Bambei, president and CEO of the National Association of RV Parks and Campgrounds (ARVC). “The Great American Outdoors Act being considered in the House is historic legislation and ARVC would like to thank the House members who have shown support not only for our nation’s most beautiful outdoor spaces but the businesses that rely on those destinations for a large part of their success.”

The House passage yesterday follows the bipartisan Senate passage of GAOA in June.