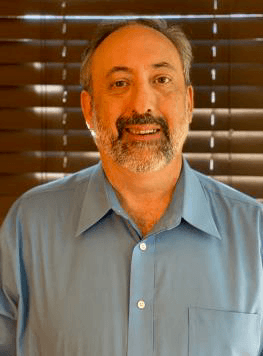 Goddard brings 32 years of RV industry experience to his new role, which he started last week. He is transitioning from focusing on aftermarket sales to working with OEMs while representing S.M. Osgood’s supplier clients.

“Terry‘s energy level and passion for the RV industry make him an incredible asset and team member at S.M. Osgood,” Dekker said. “We are looking forward to Terry bringing his experience from the last 32 years and working with our team to continue to build on our RV OEM business.”

Prior to joining S.M. Osgood, Goddard had been field sales representative at Tom Manning & Associates since 2015. He began his career in 1987 at Stag-Parkway, where he was outside sales rep, and took a larger role with NTP Distribution in 2001 as sales manager for Midwest states and Texas.

Goddard’s move to S.M. Osgood arose through the mutual respect he and Dekker developed interacting at industry events, Dekker said. He added that Goddard liked that the new role would have him spend most of his time in northern Indiana, where he lives.

The decades of experience Goddard has in the aftermarket will be directly applicable as he begins working with OEMs. Because he has such deep understanding of what consumers are adding on to their units, Dekker said, Goddard can share that knowledge with OEMs that want to build units with those features already included.

The addition of Goddard is a sign of things to come, Dekker said.

“We have a pretty aggressive growth plan over the next 12 months, including adding additional people to the team,” he said. “We’re really excited about the position we’re in and the direction we’re going.”

S.M. Osgood is headquartered in Bloomington, Minnesota, but some of the company’s 17 employees work in the Elkhart office and four satellites elsewhere. The company splits its focus equally on representing suppliers in the RV and marine industries.

Dekker, who joined S.M. Osgood in 2015 and became president on Oct. 1, 2019, has sales experience in both industries. His predecessor as president, Tim Luehmann, still works for the company in aftermarket sales and sits on the board of directors.

Dekker said his vision for the company’s future is to create synergies between the marine and RV divisions while building and growing the RV division.