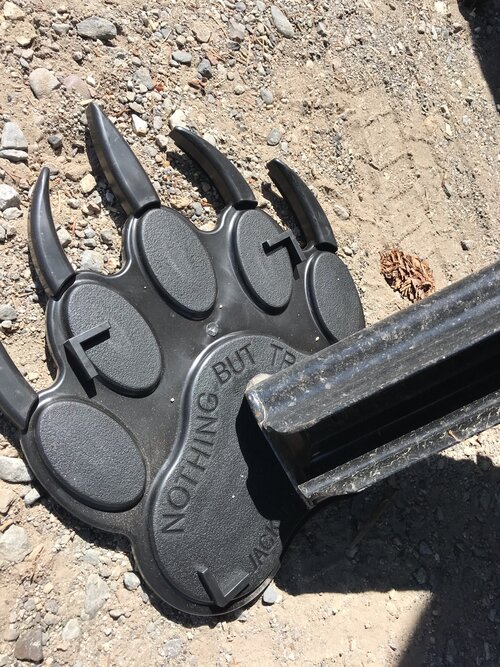 Jack Tracks inventor and company founder Bill Windle got the idea for the product line less than a year ago. The 65-year-old had just fulfilled a lifelong dream with the purchase of his first RV after retiring from a four-decade career in manufacturing. Most recently, he owned and operated a paper plate factory in Goshen, Indiana.

“I live in Syracuse and spent most of my life in Goshen,” he said. “I’ve been surrounded by RVs my whole life, but I never got enough time off work to warrant the cost of an RV.”

Windle gazed at his new Winnebago travel trailer, admiring every detail. However, his eye kept focusing on the brightly colored aftermarket jack pads, which he thought detracted from the overall beauty of the coach. Showing the same instinct for innovation and problem-solving that had served him well as a factory owner, Windle instinctively began thinking of ways to build a better jack pad—or at least a better-looking one.

“The idea came quickly,” he said. “I just visualized it. I saw that track.”

He called up a friend in the plastics industry and shared his idea for an RV jack pad shaped like a bear claw. They went to work developing what he soon dubbed Jack Tracks. Windle filed patents for the product after research showed no similar patents existed.

Windle got his prototype Jack Tracks at the start of a 6 ½-week RV trek across the West. At campgrounds from Yellowstone, to Telluride, to Santa Fe, his trailer’s whimsical jack pads got an enthusiastic response from fellow campers. By the time he returned to Indiana, Windle had more than enough confidence to begin marketing his product.

Jack Tracks had a booth at the RV/MH Hall of Fame Suppliers Show during Elkhart Open House in September, where Windle sold a few packages. In a promising sign, his first sale was to a couple who didn’t even plan on purchasing an RV for another six months but loved the bear claws so much they bought them anyway. The official launch of the product and website came this week. Tomorrow, Windle heads to Indianapolis to show off Jack Tracks at the nine-day Indy RV Expo.

Jack Tracks is a direct-to-consumer product for now, but Windle is actively inviting dealers and distributors to talk about ways they might work together.

“I wanted to be the Yeti cooler of jack pads,” Windle said. “They’re not the least expensive, but it’s a fun, quality product.”

Windle made his first online sale of the bear claw Jack Tracks yesterday, but he already has big plans for the future. The next version of Jack Tracks will be shaped like dog paws, and he says he has a whole host of ideas after that.