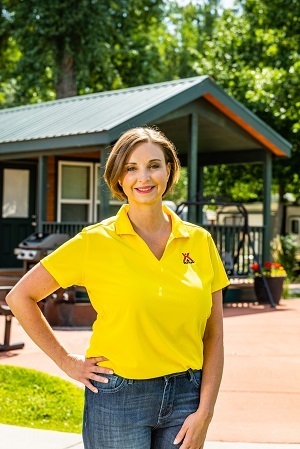 Kampgrounds of America, Inc. (KOA) said its third-quarter revenue through September is up 37% from the same time a year ago.

KOA said revenues are 29% ahead of the third quarter of 2019, which was KOA’s highest-grossing year in its 59-year history.

“We continue to see impressive growth as we progress through 2021,” said Toby O’Rourke, KOA president and CEO.

“The pandemic served as a catalyst for many people to try camping for the first time and we are not only seeing a lot of these new campers continuing to enjoy camping, but we are seeing them choose to do it at KOA,” O’Rourke said. “We believe the strong momentum we saw this quarter will continue through the remainder of the year and well into 2022.”

“The continued growth of new construction within KOA is unprecedented,” O’Rourke said. “The value of owning a campground is attracting business owners who want to create a top-of-the-line experience from the ground up. With nearly 60 years of industry knowledge, KOA is positioned to help these campgrounds succeed from the moment they break ground.”

“KOA has a continued interest in adding additional franchised locations and owned properties to the KOA brand,” O’Rourke said. “While there is a financial component to building our owned portfolio, it also improves our work as franchisors because our team understands the ins and outs of camping and campground ownership. This makes the KOA brand a true leader within the camping industry.”