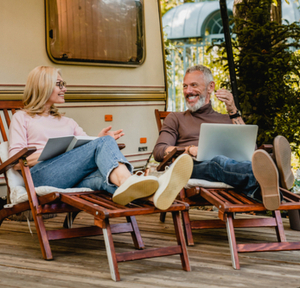 Kampgrounds of America (KOA) projects 12 million households will camp this winter, according to the company’s October Monthly Research Report.

The report projects that 31% of active camping households plan to camp this winter, with 6.9 million households anticipated to take at least one winter camping trip before 2021 ends.

KOA found about 17% of campers with a history of traveling to warmer, southern climates during the winter plan to take such trips again this year. The company found an additional 9% of camping households plan to try snowbirding this year.

The October research report found an estimated 2.4 million households will travel to warmer areas and camp for three or more months during the colder seasons. Another 9.6 million are projected to take one- to two-week snowbird trips.

“The continued effects of Covid can have more of an impact on snowbird guests,” O’Rourke said. “Indicators are pointing to a healthy season for southern camping locations. We are ending a particularly strong year of camping on a high note.”

KOA projects 24% of snowbirding households will head south before Thanksgiving. Another 24% are projected to travel between Thanksgiving and Christmas, and an additional 23% after Christmas before the year ends.

“Prior to the opening of the land border, our research indicated that 16% of Canadian snowbirds were still planning to travel south,” O’Rourke said. “Another 16% were taking a ‘wait and see’ approach. With the change in travel restrictions, we expect even healthier Canadian business.”

In addition to snowbird camping, KOA projects that 6.9 million camping households will take at least one winter camping trip before the year ends. The company found 17% of these consumers plan to take more camping trips this fall and winter because of the continued effects of COVID-19.