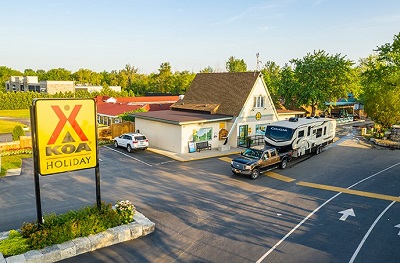 “Over the last few years, we have seen a marked increase in the number of fall campers,” said Toby O’Rourke, president and CEO of KOA. “Between the scenery and the weather, it is a wonderful time to get out and explore. Last year, as COVID restrictions loosened in many areas, we saw a dramatic increase in campers – between early September and the end of the year registration revenues were up more than 25%.”

Although the outlook for fall is strong, KOA found Covid is still affecting campers. Nearly 24% of campers canceled a planned fall camping trip because of Covid concerns, up slightly from August. Conversely, nearly 1-in-4 campers say they plan on taking more camping trips, camping more nights or replacing other trips with camping trips because of the pandemic.

New international restrictions are prompting 16% of campers to say they plan to replace a European vacation with a fall camping trip.

“The effects of Covid continue to be felt in every industry and camping is no different,” O’Rourke said. “What is definitely promising for now and future is that camping continues to be a really trusted form of travel. Our research tells us that campers consider camping a safe form of travel.”

Across the U.S., 54% of campers indicate that they are planning a camping trip to explore the changing colors of fall foliage. The most popular locations for these leaf-peeping trips include Vermont, New York and Colorado.