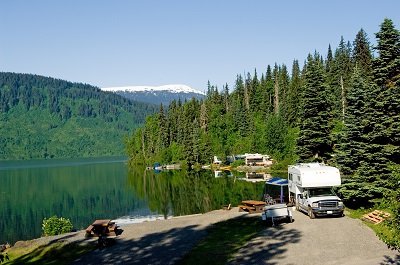 After finishing 2021 33% above the previous record-grossing year, KOA said growth continued in its Q2 Business Report. Compared with the same period last year, registration revenue improved by 5.9% in the second quarter of 2022.

According to KOA, advanced deposits are ahead of where they were at the end of last year, finishing the second quarter up 1.8%. Advanced deposits are 62.9% over the same time period in 2019, the strongest camping year pre-pandemic, the company said.

KOA reports a 5.6% increase in registration revenue. Occupancy fell when comparing the second quarter with the prior year. According to the report, KOA’s occupancy was down 3.4% year-over-year.

“The pandemic brought a large, new audience into the great outdoors,” said Toby O’Rourke, president and CEO of KOA. “We see outdoor travel continuing to resonate and many are camping again this year. However, other forms of vacation are rebounding and some campers are adding those back into their plans. Last year, our business surpassed every expectation and we are keeping pace with it thus far this year. The surge of interest in camping the past couple of years has reset our forecasts and established a new bar well ahead of pre-pandemic numbers that we will benchmark and plan against going forward.”

During the second quarter, KOA expanded its footprint in Canada with a new conversion campground in Lethbridge, Alberta.

“Growth in Canada has been a focus for us,” said Ann Emerson, KOA chief operating officer. “Not only are we applying resources to bring more yellow signs to Canada, but we are also working to bring increased value to our Canadian campgrounds.”

“Our interest in expanding our campground holdings has not slowed,” said Darin Uselman, KOA chief operating officer of owned and operated assets. “We see substantial value in outdoor hospitality and anticipate continued growth in this sector. We are investing now to ensure a bright future for our company and our brand.”