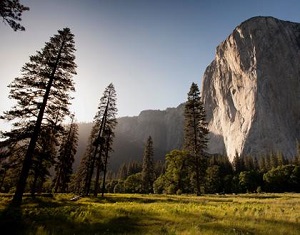 The peer-reviewed visitor spending analysis was conducted by NPS economists and the U.S. Geological Survey. Local spending supported 6,110 jobs and had a cumulative benefit of $560 million in the local economy.

“The pandemic affected operations and visitation at nearly every park in 2020,” NPS stated. “Methods for collecting and estimating visitor use statistics at many parks had to be altered. Visitor travel and spending patterns were affected in various unknown ways. The structure of economies across the nation changed significantly in 2020 that are not reflected in available data. Consequently, the 2020 VSE estimates may be more approximate than usual.”

The report showed $14.5 billion in direct spending by more than 237 million park visitors in communities within 60 miles of a national park. The spending supported 234,000 jobs nationally, with 194,400 of those jobs in gateway communities, NPS stated. The cumulative benefit to the U.S. economy was $28.6 billion.

The decrease is attributed largely to temporary park closures and restrictions implemented in response to the coronavirus pandemic.

“Other factors also affected visitation, but impacts were local to a few parks or regional in nature instead of systemwide,” NPS stated. “Several parks on the West Coast and in the intermountain west were impacted by an extremely active and destructive wildland fire season. Parks and communities in California, Colorado, Oregon and Washington experienced intermittent evacuations, area closures and heavy smoke. Three hurricanes – Hanna in July, Laura in August and Sally in September – occasionally closed some park areas along the gulf coast. Also, some parks have lingering closures from hurricanes and wildland fires in previous years.”

Visitors to national parks spent an estimated $14.5 billion in local gateway regions, which was down 31% from 2019.

The estimated contribution of this spending to the national economy was 234,000 jobs, $9.7 billion in labor income, $16.7 billion in value added and $28.6 billion in economic output.