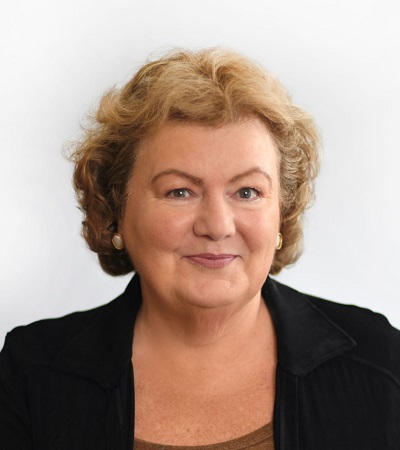 Every day, dealerships offer consumer financing. Sometimes dealers encourage a customer to work with the dealership, saying that the dealership can provide the best financing deal. Such a claim got a Ford dealership sued by a customer, who claimed misrepresentations and race discrimination under an Ohio law.

Spoiler alert: The dealership won the case. But with even small changes in the facts, a positive outcome may not have been that clear.

A bank offered the lowest interest rate—a buy rate of 4.13% and a customer rate of 1.75%, for a total of 5.88%. The customer accepted the rate but did not receive a rate breakdown, and signed the financing documents.

After buying the car, the customer learned from the bank it offered rates “as low as 4%.” When the customer inquired, the finance manager responded that the customer received the lowest rate and gave the customer a rate list, including rates offered by the five creditors. The list did not include the buy rates or the customer rates.

When the customer faced an expensive repair the limited warranty did not cover, he sued the dealership. The trial court ruled for the dealership and the appellate court upheld the decision. The outcome represented a clear dealership victory.

If the facts had been a bit different, though, would the dealership have been at greater risk?

The customer’s sales practices claim was related to the rate the dealership obtained for him. The customer alleged the dealership did not offer him the best available rate, and he could have received a lower rate had he obtained the financing himself.

The appellate court said the customer received the best rate available from the dealership, rejecting the argument that the dealer could have offered the consumer credit at the lowest buy rate, without the additional dealer participation, or “markup.”

Here is the first way the facts helped the dealership. The finance manager testified the dealership treated all customers alike by adding the maximum allowed participation or markup to every buy rate, with two exceptions that did not apply to the customer’s situation. The finance manager is permitted to reduce the participation rate if the customer claims a lower rate is available from a local credit union or another lender. The dealership can also reduce the rate if the customer says he or she cannot afford the payment.

Another helpful fact was that the dealership’s offer was the lowest retail rate it received from the five finance sources, based on its rate-setting policy. Sometimes a dealership might be tempted to offer the customer the deal that is best for the dealer—the one with the highest participation. In general, that deal might be allowed. If the dealership promises the best and lowest rate, though, it better be sure it offers the best customer rate.

The third helpful fact was the customer offered no corroborating evidence he could have received a lower rate elsewhere. He did not apply for refinancing or get another rate quote. The only evidence was the customer’s affidavit, which the appellate court called self-serving.

If he had refinanced at a lower rate at a bank or credit union, though, the opinion leaves open the possibility that the court would have found a dealer misrepresentation.

The argument did not impress the appellate court, which wrote, “Simply because (the customer) assumes that discrimination occurred does not make it so.” The court said the evidence showed the dealership’s policy was to treat customers consistently unless one of two exceptions existed, and the customer fell under neither exception.

Although the customer’s discrimination claim was weak, his sales policy claim has two important lessons:

First, if you tell customers you will get them the “best” or “lowest” rate, be sure you do.

If the finance manager had offered the customer a rate that was not the lowest overall, consistent with its policy, I suspect the court would have found a misrepresentation. If you ever select the rate with higher participation over a lower rate to the customer, never claim to provide the best financing rate.

Is giving the customer the lowest rate available from the dealer good enough? This case does not say, but some courts may read the situation to mean that the best rate is not limited to those available to the dealer. A wise dealership promising the lowest rate will take care to limit this claim to rates it can offer. Dealers should avoid implying their rates will beat local credit unions and direct loans from local banks unless they have the market studies to show this is true.

The appellate court found the dealership had no duty to disclose terms of its agreements with the finance companies, the buy rates, or the difference between the buy rate and the rate charged to the customer. In fact, the court found the dealership only had to disclose the interest rate available to the customer for the finance application submitted.

Federal Trade Commissioner Rohit Chopra, who has been nominated to be the next director of the Customer Financial Protection Bureau, has described a markup as “an undisclosed kickback that dealers earn for convincing prospective car buyers to agree to a higher interest rate than they actually qualify for with a lender.”

In the same FTC matter, FTC Commissioner Rebecca Kelly Slaughter wrote, “The automobile-financing market in the United States is profoundly broken. … In my view, far-reaching structural reform to the automobile-financing and -sales markets is long overdue and urgently needed: First and foremost, the commission can start by initiating a rulemaking, under the Dodd-Frank Act, to regulate dealer markup.”

As new CFPB and FTC leaders are confirmed and assume their roles, the industry will need to educate regulators about the customer benefits of dealer-offered financing.