PRVCA Adds Two to Board at Annual Meeting

Casey Colton of Colton RV in Orchard Park, New York, and Chuck Jablonski of Meyer’s RV Superstore in Harrisburg, Pennsylvania, will join the PRVCA board of directors. Colton will serve as a rolling stock director and Jablonski will serve as an at-large director.

Officer nominations also were conducted. Greg Starr of Starr’s Trailer Sales was elected as board chairman, Nick Boyer of Boyer RV as vice chairman and Brad Rhone of Rhone’s RV as secretary.

Beverly Gruber, PCOA, officially retired from the board.

RV Value Mart was presented the Gary Bunzer Education Award at the meeting. The dealership attended the most PRVCA continuing education sessions during the year. RV Value Mart sent 37 employees to 100 classes from September 2021 to September 2022.

“PRVCA has been a great resource for us for our training,” said Jonathan Martin, RV Value Mart service director. “We appreciate everything you have contributed.”

Tim Umstead of Trumark Dealer Services received the 2022 Rebecca Lenington Volunteer of the Year Award for his dedication to the association. Peers in the RV industry nominate volunteers for the award, which is named for retired long-time PRVCA Executive Vice President Rebecca Lenington.

“You have been active in the association for many years,” PRVCA Executive Director Heather Leach said as she presented the award. “When you are involved with an organization you are involved 100% and that is certainly true here at PRVCA. Whether you goal is to move the organization forward or to make sure that we have the technology that we need, you have truly been an asset to the association.”

“Over the many years of being committees and on the board of directors it has certainly been a rewarding experience for me,” Umstead said. “Getting to know everyone not just professionally, but personally has been amazing. … Working with this board of directors has been just phenomenal. Their commitment to the mission of this association has made this just an easy job.” 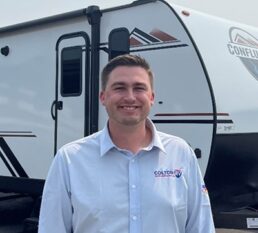 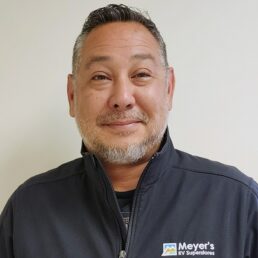