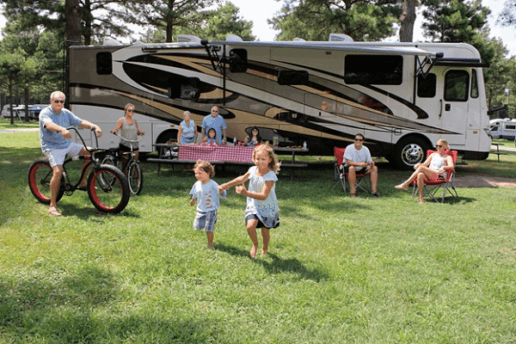 A new report from Kampgrounds of America (KOA) found that campers remain more likely to purchase an RV as the fall began, in line with expectations from a report in May when the pandemic had taken hold.

Leisure travelers predicted in May that their first trip once COVID-19 travel restrictions were lifted would be a camping trip, and the results of the fall special edition of KOA’s annual North American Camping Report suggest that those predictions exceeded travelers’ intended level of participation.

The report found that 21 percent of leisure travelers took a camping trip this summer once restrictions were lifted. One-fourth of North American campers indicate that their first camping experience occurred since the start of the pandemic, and 42 percent say that they will still take planned camping trips during the remainder of this year.

“While it’s great to see a strong rebound of camping and the effect that has on the broader outdoor hospitality industry, it’s this summer’s high level of interest among new campers and the re-engagement of past campers that really excites me,” KOA President and CEO Toby O’Rourke stated. “Of the new campers that joined the fold in 2020, many have indicated they will continue camping in the future, which really drives home that camping and time spent in the outdoors can have such a positive impact on peoples lives, pandemic or not.”

Many of those campers are looking into an RV purchase after their experience.

“RVs provide the ultimate in personal space for traveling, which makes it no surprise that more than half of all campers (51 percent) say that they are now more likely to purchase an RV,” the report stated. “The primary driver of an RV purchase among campers is concern over cleanliness while traveling.”

Generation X campers were the most inclined to consider a purchase, with 62 percent of respondents saying so.

When North Americans make the decision to resume their travels, 29 percent of leisure travelers –almost half (45 percent) of campers and even 15 percent of non-campers (leisure travelers who indicate they do not camp) – plan to replace a cancelled or postponed trip with camping.