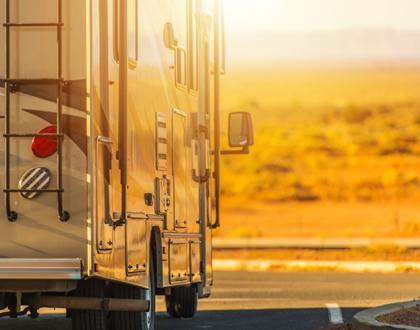 Go RVing was all set to go big, launching a brand new, innovative, advertising campaign on April 1. The campaign, GORV!, is an attention-grabbing concept. It’s something the RV industry has never seen before, designed to appeal to the next generation of explorer, adventurer, and outdoor enthusiast, directly targeting younger consumers to think of RVs in ways they never imagined.

With launch plans unexpectedly interrupted when COVID-19 struck, the GORV! campaign pushed out with a soft launch instead. What could have been perceived as a setback, inevitably turned into a positive. Amid the pandemic, GORV! was able to reach a captive audience during stay-at-home orders. A whole new potential audience that is eager and receptive to how RVing offer them the freedom and flexibility they have been craving – just as stay-at-home orders are being lifted and just in time for summer travel season.

Feedback during the soft launch has been excellent. GORV! has had a strong digital presence, including targeted social media such as Instagram, Snapchat and through popular social influencers. The campaign also runs on channels like Funny or Die, Buzzfeed, Wired, The Inertia, Powder, and Surfer, among others, directly targeted towards millennial audiences. One consumer shared: “The ad in the recent edition of Outside Magazine with two ladies flipping a pancake was hands-down the BEST magazine ad I have ever seen in my life. The image, the messaging, everything about the ad caused me to go to your website.”

The latest data on the GORV! campaign shows:

GORV! is unlike any other campaign that the Go RVing team has ever produced, designed to overcome the misconception that RVs are only for an older generation. It exudes excitement, quirkiness, and energy – traits certainly found in the younger generations. GORV! is not a replacement campaign for Go RVing’s wildly successful family-focused advertising. Rather, it was always designed to be extremely targeted and run concurrently.

Now, with the launch of Go RVing’s new Go On A Real Vacation campaign, GORV! will be another showcase for how Go RVing constantly looks to innovate, break the mold, and show how there truly is an RV for everyone.