RVIA hosted a webinar Dec. 1 to discuss the 2020 election’s ramifications with former congressmen.

Weller introduced RV industry priorities and the new administration’s outlook, highlighting key trends such as the pandemic, hyper-activism within society and political realignment.

“Not only did we see the manufacturers, suppliers and the industry shut down, but the parks and campgrounds and places people like to visit were creating some problems as well,” Weller said in regards to the pandemic. “Government affairs was working hard with the governors to make the case that RVing was a perfect pandemic activity, one that needed to continue and operate.”

Rocci noted the new administration’s efforts to raise individual tax rates for those making more than $400,000 annually, along with increased corporate rates. Other policies include raising individual income capital gains and income taxes.

A crackdown on provisions that encourage outsourcing is to be expected, Rocci said. On one hand, a new 10 percent surtax would be imposed on corporations that offshore manufacturing and service jobs. On the other hand, a 10 percent Made-in-America tax credit will be offered to corporations that restore production or revitalize closed facilities in the U.S.

“Those two Georgia [senate] seats are up for grabs, and a lot of the assumptions here will depend on what happens there,” Rocci said. “If Republicans retain even one of those two seats, it’s extremely unlikely that Biden will be able to get any of his proposed changes past the Senate.”

If Democrats do take both seats, president-elect Joe Biden can use the budget reconciliation process to enact tax measures with vice president-elect Kamala Harris as the tie-breaking vote, Rocci said.

Rocci asked the senators what they feel will happen with tax issues over the next four years if a 2017 Tax Cuts and Jobs Act (TCJA) reversal is unlikely. Rocci noted an industry priority affected by TCJA, fixing interest rates that towable unit RV dealers can deduct on their floorplan financing. 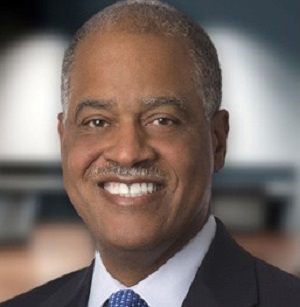 “I think control of the Senate is not critical for those who want to prevent a raising of the [tax] breaks,” Wheat said. “I don’t think, even with 50 Democratic senators, that there’s significant enough support for Biden to get that through. When he says he’ll do that on day one, I think he means he’ll make a proposal.”

“I think everyone will be interested in accomplishing relatively modest changes, including in the tax code or specific problems like [Rocci] identified in the RV industry,” Shadegg added. 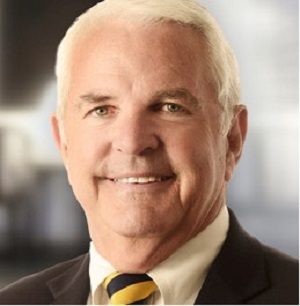 As opposed to Trump’s bilateral trade strategy, Rocci said the country can expect a return to more multi-lateral agreements with a focus on strong rules of origin and U.S. manufacturing.

President-elect Biden was elected with a strong backing of trade unions and progressives who have been skeptical of past free trade deals, Rocci said. This means there will be pressure on Biden to maintain vulnerable industry protections, such as steel and aluminum, she said.

“Our members save an estimated $1 million a month by bringing in products duty-free during this program,” Rocci said. “Would you see Congress getting this program renewed or are we looking at a retroactive renewal?”

Wheat noted that funding for the government expires Dec. 17, so Congress will have to pass a continuing resolution to continue government programs such as the Generalized System of Preferences.

Bornemann touched on infrastructure, noting the industry’s government affair team will continue advocating for appropriate funding. Infrastructure such as roads and bridges, along with around public lands and private campgrounds, will be addressed. A vehicle miles user pay system was proposed.

Wheat and Shadegg agreed that a bipartisan effort to push for improved infrastructure is likely.

Bornemann highlighted the Great American Outdoors Act, which will provide $10 billion over the next five years to address issues within national forests, parks and lands. RVIA is working with the National Park Service and state parks across the country to ensure the funding is spent effectively, which is an ongoing goal for next year, Bornemann said.

“Within the rural economics grants realm, there’s a huge opportunity to leverage grants to expand RV manufacturing areas, service centers, workforce development issues and create new RV parks and campground to ensure that the new wave of RVs and seasoned RVers have safe and adequate places to go RVing, which will help boost the economy at the same time,” Bornemann said.

The webinar finished on a positive note, with Shadegg acknowledging a recognition by Congress to get along and find common ground on issues, including those that are industry-specific.

“I think we will transition to a time when both parties can work together and get things accomplished for the country, as opposed to being ideologically opposed to each other,” Wheat said.