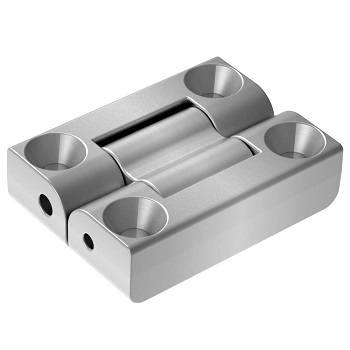 Southco’s AH-2E Bifold Hinge works with all fold-out table applications, the company’s Global Product Manager Stewart Beck said. The only caveat is a minimum 20-millimeter panel thickness. The product can be made to fit a 3/4-inch panel by incorporating it into the table’s molded edging.

The finish can also be customized, Beck added. A black and silver electropolished finish is a standard, but the company will match any color or coating to suit the table details and furniture style.

“This is a nice feature in any class of RV, but especially useful if the table is in use while the vehicle is moving, since the friction will resist the vibration and can be tailored to suit the smooth feel that users would hope for in a well-crafted vehicle,” Beck said.

The hinge’s flush mount design takes up minimal application space and allows a table to be opened to a secure horizontal position, as well as folded and stowed flat. Integrated constant torque holds the table in position at any angle.