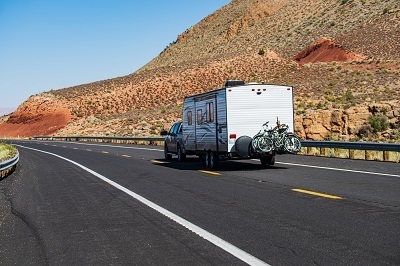 The Dyrt, an online camping community app, found record-high gas prices in the U.S. will affect the plans of more than 60% of RV and other vehicle campers in 2022.

The Dyrt surveyed community members who said their primary camping mode is RV, camper van, trailer, overlanding, truck camper or rooftop tent campers. The majority said they will alter their plans this year due to high gas prices, The Dyrt reported.

According to The Dyrt’s 2022 Camping Report, 57 % of people who tried a new form of camping last year opted for RVs and camper vans, making these the fastest-growing types of camping.

“Camping with RVs and camper vans has increased dramatically in popularity in recent years, more so than any other type of camping,” said The Dyrt CEO Kevin Long. “Depending on which part of the country you are filling up in, and obviously the size of the gas tank, the cost for a fill-up could be $500 or more. That would make a lot of people think twice about their plans. If someone recently bought an RV, they are not going to just park it all summer. But maybe they will save that cross-country road trip of a lifetime for 2023.”

Of the respondents surveyed, 23.6% said their solution would be to camp closer to home, The Dyrt stated. Following that, 19.7% of campers said they will camp the same number of nights but drive to fewer total destinations or do less sightseeing. Others plan to camp less this year: 10.3% slightly less and 6.9% a lot less, The Dyrt stated.

“I had hoped to go on weekend trips around Oregon and Washington at least twice a month or more,” said The Dyrt user Kelly Ann of Portland, Oregon, who recently bought a rooftop tent camping rig. “I need to cut that back to once a month. Everyone is rethinking plans.”