The Perplexing Case of Lucifer Living in Boise 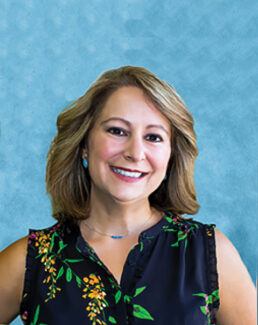 The devil is in the details,” the common saying goes, but a co-worker informed me that is not true. He lives in Boise, Idaho.

In my early 20s, I worked part-time at a movie theater. I remember how I thought the new co-worker standing next to me seemed old. Looking back, Margaret was far younger than I am today.

It was her first day on the job. She clearly had led an interesting life up to that point and wanted to tell me her life story.

Among those things she repeated several times as she shared her story was, “Don’t go to Boise. That’s where the devil lives.” Her repeated statement has stuck with me ever since.

Growing up in Boise, she did some regretful things. She eventually left Boise and moved to Florida. Margaret wanted to make sure everyone knew the dangers of living in Boise.

As she recounted her life, I saw a customer who needed help, so I was able to stop the conversation quickly. To this day, I still do not know exactly what she did in Boise or why she believes Satan has taken up residency there.

At another point later in the week, Margaret walked up to me, handed me her shoes and walked off barefoot through the theater lobby. That was the last I saw of her. She worked there just one week.

Why did she remove her shoes? Why did she hand them to me? Why was I so surprised as she put them in my hand? Decades after “Margaret movie theater week,” many questions still remain unanswered.

Years later, at one of my first office jobs, a young man named Scott was hired. The hiring manager said Scott would be a great team addition.

On his first training day, Scott did not take a single note, he left at lunch, and he called in sick the next couple of days. Most of us figured he was not a good fit and was quitting. He came back, though, and in the first hour, excused himself to go to the restroom. He returned to the office from the bathroom, shirtless, carrying his crumpled-up dress shirt…He let everyone know he was going home.

We never saw him again. He never returned to pick up his belongings at his desk.

We all have stories from our working careers. Every office eventually has one person who somehow gets hired and makes you question the screening process. With any luck, the new-hire’s company time will be short-lived, but memorable. Sometimes a new employee is a bad fit. Other times the job might have been unsuitable for the moment in their lives.

To be fair, Scott may have been the great fit he appeared to be on paper, but perhaps had a really bad couple of weeks. The same goes for Margaret. Maybe if I had been to Boise, her situation would have made more sense. Perhaps both were dealing with health challenges, physical or mental, which went beyond what any work-related training could have alleviated.

Over the years, I have had many great, and some not-so-great, co-workers. The vast majority of not-so-great co-workers did not make me hold their shoes or walked off the job shirtless. Instead, they made my co-workers and me make up for their shortcomings. They were a drain on the company’s culture, dragging us down with their diminished work ethic.

One thing I have learned over the years is, in many cases, the situation was not their fault. These co-workers were not bad people; they simply were a bad fit or got in over their heads. They likely ended up excelling at other times in other jobs—maybe jobs that did not require the consistent wearing of shoes or dress shirts.

The saying, “The devil is in the details” means something may at first seem easy but will take more time and effort than expected. Once you have been in a hiring position to onboard new employees, you will understand how many unexpected details the process can have. Hiring someone because of one good interview makes as much sense as filling a position by randomly grabbing someone off the street. Those hirings happen in moments of desperation but rarely result in any long-term good. An engaging interview is a good sign, and so is a well-crafted resume. The hiring process, however, entails so much more.

I am sure all of us have found ourselves hiring someone just to fill a spot. More likely than not, we have been on the other side of the desk, where we needed a paycheck and think, “Yeah, I can do that,” only to find the job was not a good fit. This is something I have come to love about behavioral assessments: the ability to look at your strengths and challenge areas, discover your natural inclinations and see how those fit together into a complete picture.

I have been the “not-so-great” co-worker before, dragging the team down. I wonder what my manager thought of me during my brief stint working as a debt collector. I came in so excited but quickly found myself overwhelmed and frustrated. The training was not anywhere near detailed enough. We were left to pick up the training on our own with a script and some luck. Everyone else seemed to do so well. At the time, I felt like a complete failure. I am sure my family, as well as my boss, had a tough time seeing me like that. My boss wanted me to succeed but did not know how to help make that happen.

If he had had access to a behavioral assessment back then, he would have understood how my attention to detail meant I needed more comprehensive training to be comfortable with the material. He also would have seen I am far more in my element taking calls and helping people rather than reaching out to collect a debt. Debt collection requires more assertiveness and resilience than I possess. I’m okay with that.

Finding someone with the right traits for a position is crucial. One area is often overlooked, however. A candidate can have all the natural inclinations to excel but cannot think abstractly, learn quickly from experience or solve problems. Cognitive assessments help gauge someone’s ability to process new information in an ever-changing workplace.

Some jobs require hard skills. For instance, I have strong attention to detail, which would be an asset for an open position in your accounting department. To put it mildly, though, I do not excel at math nor have an accounting background. Unless you count the Accounting 101 class I took in 1991. An accounting skills test would help a manager understand I should not deal with debits and credits. The manager could then place me in a position better suited to my strengths, with people and communication.

One thing Margaret and Scott had in common is no behavioral, cognitive or skills assessments were given. Assessments were uncommon practice then. Times have changed, though, and using assessments can save everyone time, effort and headaches.

I look back at my career and understand what went wrong in some early jobs and where things seemed to click. The problem was rarely a “bad manager,” but rather a manager who did not understand the employees and how to get the best from them. Unfortunately, that can look like the same thing. It is not.

A truly bad manager would have all the tools at their disposal to help forge a great team but did not care enough to use them. Fortunately, such managers are pretty rare. Given the tools and training to help find and develop better candidates, most managers will rise to the occasion.

When making smart hiring decisions, the saying should be, “Your future success is in the details.” Properly using assessments during your hiring and onboarding process can be the difference between finding the perfect fit or cleaning up the mess when they leave.

Wendy Sheaffer is the chief product officer at The Omnia Group, an employee assessment firm providing behavioral insight to help organizations make successful hires and develop exceptional employees. Sheaffer is an expert on using Omnia’s eight columns as a tool to make informed hiring/employee development decisions and effectively engage staff. She works directly with clients and Omnia staff to provide a deeper understanding of how to use personality data to meet business goals. For more information, visit www.OmniaGroup.com, or call 800-525-7117.