In 1980, Tilmon “T.L.” Sexton founded United Safety Apparatus; the company turned 40 this year. To celebrate, even in the midst of the pandemic, the Safe T Plus Steering Control manufacturer purchased and moved into a new facility west of Atlanta.

Sexton developed the Safe T Plus Steering Control in 1979 after spending more than 30 years working in the trucking industry. He witnessed and experienced the frailties of truck driving – the loss of control and blown tires, among others – throughout his career. Sexton knew fellow drivers who had been injured and killed because of such accidents, and he decided to find a solution. 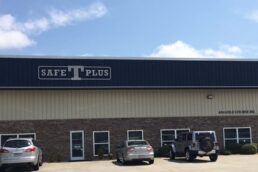 “It’s kind of indisputable the effect the product has on vehicles,” Bryan Maggi, Sexton’s grandson and current United Safety Apparatus chairman/CEO, said about the Safe T Plus. “Drivers feel an immediate return on investment.”

The company’s new 18,000-square-foot facility sits on 10 acres. According to Maggi, the company plans to build two additional warehouses on the lot in the next year/year and a half. The company will also use the extra acreage as an RV park, where Safe T Plus customers can spend the night. 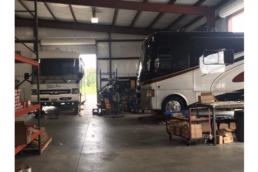 One of the two new buildings will house manufacturing and shipping operations. The other will be a service center. Maggi said in the past, United Safety Apparatus was always behind the curve when it came to new chassis design applications. Between the new service center and RV park, though, Maggi said the goal is for service technicians and product developers to increase exposure to and keep abreast of chassis design changes with each model year rollout.

Maggi acknowledged that the current Safe T Plus line will not get the company through to its next 40-year milestone. With the increased manufacturing space, Maggi said the company also has new products and product partnerships on the horizon. 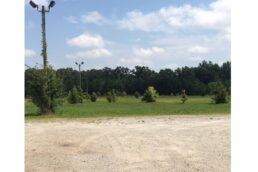 The first of United Safety Apparatus’ new products should be out at the end of August, with several more patent designs coming throughout the next three to four months.

“All these are kind of a confluence of these things coming together for our clients and for us,” Maggi said. “We’re in full tilt. We have operations in production, and shipping and distribution are full swing.”