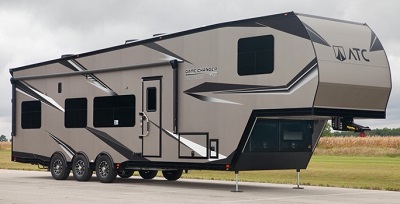 Dealers responding to TRG’s Q4 2021 RV Dealer Survey all said towable OEM lead teams shortened greatly over the past few months. The lead times for towable deliveries are two to three months, according to 83% of respondents, with the other 17% citing one to two months.

Dealers expect towable inventory to return to normal levels by early 2022, with 83% saying they returned to that level in the fourth quarter of 2021.

“OEMs have been able to crank out towable units over the last few months given the easier assembly and lack of chips as a key input,” TRG stated. “As such, we have continued to hear that lead times for towables are back to reasonable times, and towable inventory on dealers’ lots are back to an acceptable level for the spring season.”

“Many buyers who bought during the initial phase of Covid have now realized they want additional features or a larger unit,” TRG stated. “The initial purchase was an entry into the lifestyle, and the quick trade-in is to upgrade.”

Pricing is an issue, dealers reported, but primarily for RV buyers who considered purchases three to four years ago.

“Returning customers are definitely shocked by the prices,” one Southwest dealer responded. “They are probably 50/50 when it comes to going ahead and purchasing another unit at a higher price or keeping the unit that they have.”

A dealer in the South reported prices have increased at least $10,000 per RV.

“People that bought in 2018 come in looking to upgrade and about have a heart attack,” the dealer said. “They say, ‘You’ve got to be kidding’ and we are not, the units are costing us more, too. After the sticker shock they’ll leave, but after they shop around a bit they come back because prices are like this everywhere.”

All RV dealers have substantially higher priced units than a few years ago, TRG stated. However, unlike repeat buyers, dealers reported new buyers are not as price sensitive because they do not have a historical context to what prices were in 2018 or 2019.

“While still expensive, units can be financed in ways to manage a monthly payment that is acceptable for the buyer,” TRG reported.

The biggest challenge remains on the motorized side. As towable inventories have leveled, dealers reported motorized inventories remain low. Dealers said they do not expect the situation to change soon, because of chip and chassis shortages.

“Motorized units still aren’t available,” a dealer in the South said. “Lead times for motorized units are one year, in September of last year leads times were six months, so they have gotten worse.”

Only one-third of dealers reported motorized inventory in line with current demand. Another third said inventory was 40% or more below demand.

Lead times are more than six months, 83% of respondents said, and the same amount reported motorized inventories returning to normal levels sometime in 2023.

“Higher rates and higher prices can be mitigated through financing options to find a monthly payment that works for each buyer,” TRG stated. “Higher fuel costs are not a major concern as most RV vacationers do not travel very far from home when RVing (over 50% travel less than 200 miles), lowering the dollar impact of higher fuel costs.”