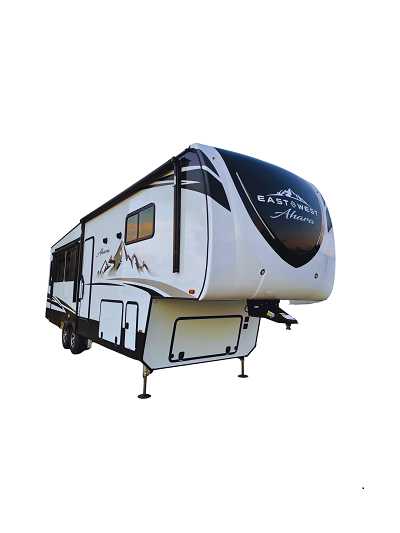 East to West will roll out its second fifth wheel model, a luxury brand titled Ahara.

The fifth wheel will debut at Elkhart Extravaganza. East to West will host all Forest River’s products at its 96-acre campus in Elkhart, Indiana.

Ahara was in development throughout 2021 but East to West was not going to announce the launch until it was confident it had the materials and staff to start production, Sales Manager Mark Krol said.

“One of the benefits of being East to West is we have four 100,000-square-foot factories, with a fifth just now completed,” he said. “We had the space, we just needed to make sure we had the materials and the people.”

Krol said the launch would be slow, with production starting at one or two fifth wheels a day for finished Ahara products to begin shipping in October.

“We think, for this category, slow and steady is probably the best approach,” he said. “We will not be as quick as Tandara was but we will make sure the quality is top of the line.”

The brand will debut with three floorplans, including two rear lounge floorplans and a bath-and-a-half bunkhouse. One rear lounge will be just under 35 feet long while the other will be about 37 feet long. The bunkhouse will be a 42-foot-long model.

All three will include the new Barrington Maple interior décor.

Krol said the construction and features match luxury fifth wheels but the interior stands out.

“The real star is the Barrington Maple interior Lisa came up with,” he said. “It is just stunning. The dealers who have seen our prototypes raved about it.”

The double-door pantry/coat closet featured in Tandara is carried over to Ahara. The 101-inch, wide-body chassis is 5 inches wider than Tandara and includes a drop-frame passthrough storage compartment. Ahara will include three standard air-conditioners, hydraulic-based slide outs, bigger tires and suspension than Tandara and high-gloss laminated sidewalls with Azdel composite panels.

“We are using one living area in all three floorplans, so we really try to hone in and perfect the living and kitchen areas the best we can,” Krol said.