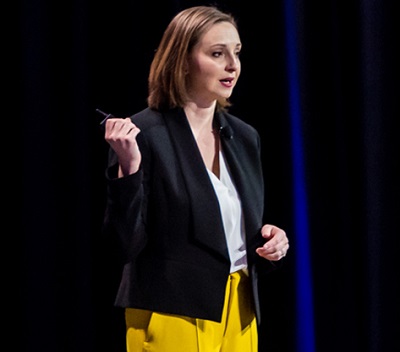 More than halfway through the year, Kampgrounds of America Inc. (KOA) has reported a record pace for revenue and occupancy, and the best Independence Day weekend in three years.

If there was a thought that campgrounds would be less full as the country re-opened in 2021, those projections have been sorely mistaken, KOA President and CEO Toby O’Rourke said.

“Business is going very well, we are very busy and campgrounds are full,” she said. “We are busier this year. The momentum that started last fall picked up steam, even as air travel and other forms of vacation travel returned.”

KOA is 30% ahead of revenue reported in 2019, the company’s best year to date. Although sites remain available, O’Rourke said officials are urging campers to book in advance as soon as they know their travel plans.

Occupancy is tracking 19% ahead of 2019’s record figures and advance deposits 66% ahead of the first half of 2020. O’Rourke said KOA’s research estimated 15 million new households will have tried camping over the past year, building on the enthusiasm shown by returning camping households.

The high-volume turnover since the middle of 2020 led KOA to revamp its website to help campers find available sites. New functionality added in the past year enables campers to search campground availability in a region, rather than by individual campgrounds.

“It was a direct response to how busy campgrounds are, and knowing it is difficult to bounce around looking for open sites,” O’Rourke said. “The more we can help get reservations online, the less our campground staff have to answer phones and manage reservations. That is a win for the campgrounds.”

Technology is driving campground upgrades and investments. Wi-Fi’s importance grew since the pandemic as remote working and schooling required strong connections at campgrounds. O’Rourke said Wi-Fi is treated now as more than technology investments, but as a utility, on par with gas, water and sewer.

Electricity and power demands remain heavy. Although the RV industry saw a major shift to smaller, lighter towable products in 2020, O’Rourke said even the smaller RVs often were connecting to 50-amp outlets to ensure their technological comforts operated.

“I have not seen that back off,” she said. “We do not see that consumer demand for power slowing down.”

Campground operators expect the demand to continue, she said, as the adoption of electric cars, trucks and RVs grows in years to come.

“Technology is super important and we always encourage investment in the campgrounds and modernization,” O’Rourke said.

Among potential ideas for growing power availability is solar power. A KOA campground in Tucson, Arizona, added solar power in a partnership with KOA. Lessons learned from the installation and adoption are shared with franchisees, O’Rourke said, connecting campgrounds with the solar partner and vendor to consider whether the move would make sense.

Work between KOA and franchisees to advance and modernize is part of the “Campground of the Future” project. O’Rourke said the project looks at how campgrounds are expected to evolve and change over the next five to 10 years, and staff then concept and prototype solutions to extend to the campgrounds.

The pandemic has changed some of the work done in the previous project, she said, and KOA is working on a refresh to update what a Campground of the Future now looks like five to 10 years down the road.

“We are holding a hackathon day, which we learned from technology companies,” she said. “We are taking a full day at the company to focus in and build on new concepts and integrate those in our models. We want to keep that process alive and going.”

Finding time now can be difficult, she said, with campgrounds busy and staffing shortages straining resources. Still, operators are seeing resources pile in that can be reinvested quickly.

“People are making a lot of money now and they are looking to reinvest that in their park,” O’Rourke said. “Come the fall and winter, you will see those projects ramp up.

“It is a great time for our business. We see nothing slowing down. We are only continuing to build on the momentum.”