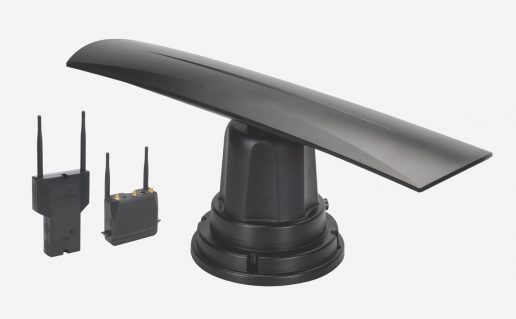 RV tech and wireless products supplier Magnadyne is introducing a new way for end users to connect their trailer or mobile home to 4G LTE and WIFI networks.

Magnadyne’s new RV-LINK antenna model provides RV owners with HGTV / AM / FM / WIFI / and 4G LTE all in one antenna. The original RV-LINK product hit the market as a WIFI extender for strengthening existing WIFI signals, but this new router/modem antenna operates just like it would in a home.

RV owners who already have Magnadyne’s original WIFI antenna installed can update their current system with the company’s 4G LTE upgrade kit. National Sales Manager Kamden Betzer said customers should be able to install the new system in around 15 minutes.

“We wanted to find a way to make things easy for the end user to upgrade their units to have WIFI or LTE, because everyone has a phone and is streaming nowadays,” Betzer said. “We wanted to add a system where OEMs could basically pre-load it and then if the end customer wanted it, they could add it.”

The new system can come pre-loaded on the roof of RVs before they leave the manufacturer, ready to be loaded with whichever version of the Magnadyne WIFI product a customer chooses.

“On the OEM level, we’ve sold AM/FM tv antennas for multiple years prior to making this, so what we did is design a bigger base that could house the modem for WIFI LTE,” Betzer said.

Magnadyne Vice President Mark Hockett said there are nearly 10,000 of the pre-loaded WIFI bases currently installed on RV models across the country, ready for the addition of the new LTE antenna.

“What we’ve done is made this new LTE module that you can put into an of those 10,000 existing products as a retrofit,” Hockett said. “The device looks the same as the WIFI-only one, but the WIFI LTE system is slightly larger.”

Hockett the system is easy to install, and many major RV manufacturers are already including the base housing in their new units.

If an RV has the housing and pre-wire kit installed, end users can purchase the WF-CON-LTE kit and “plug in and play their way to WIFI / 4G LTE.” For users without the pre-installed housing or other Magnadyne antenna, dealerships will offer the full kit for aftermarket installation.

Magnadyne recently finalized an agreement with AT&T to begin selling their products together, and provide 4G LTE service throughout the United States. The device is certified to work with various cell carriers throughout North America.

For users with a different cell phone provider, the RV-LINK system will operate on most US and Canadian data plans. RV owners will need to install the cell phone sim card into their system and start streaming.

The new Magnadyne RV-LINK is now available for immediate shipping through major distributors and dealers. Click here to learn more.