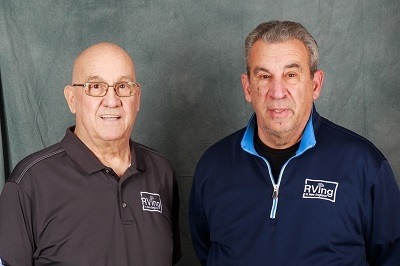 The “Live! All Online!” event scheduled Apr. 10-11 will include NERVDA dealers, campgrounds, keynote speakers, main-stage events and workshops. Zagami said the show will provide exhibitors with attendee information they have been able to get from past traditional consumer shows.

“We expect people from all over the world to come,” Zagami said. “We want to customize [the event] as people come on board. We do not want to say, ‘here is the package, take it or leave it.’ The companies are not the same and people are not the same.”

NERVDA is focusing on creating live workshops rather than pre-recorded videos, he said, along with moderated panels that feature multiple speakers. The goal is to provide as close to an in-person experience as possible, Zagami said. 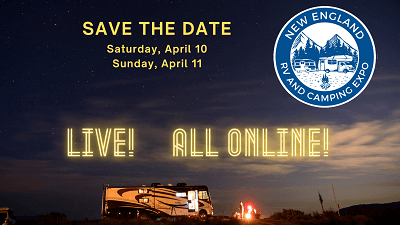 The show is not intended to replace the association’s Boston RV & Camping Expo, which was cancelled in January and is expected to return next year.

“We are not competing against these great shows in New England each year, just getting creative with the way we get that same information to consumers before the camping season arrives,” NERVDA Associate Member John DiPietro said.

The association estimated 100,000 consumers could not attend an RV show this year, affecting more than 400 campgrounds’ businesses.

“We are giving them an event to all meet online for two days and provide the education and information they would have received had they gone to an in-person show,” DiPietro said.

Zagami noted the association’s interest in providing better service and information to new buyers and younger “digital natives” who are purchasing RVs.

“The biggest threat to our industry, while we are basking in increasing numbers and sales, is if we do not build [units] better, service them better and have appropriate technicians to work on them and get them out,” Zagami said.

“Fifty-five percent [of consumers] are first-time buyers,” he said, “and those people will turn on a dime because they are going to demand better quality service.” Currently, 35 dealers plan to participate, along with multiple New England campgrounds. NERVDA is planning a similar show in October.

“The roadmap is giving [information] to these millennials and Gen Z’s who are not getting the education, training and inspections they should be getting,” Zagami said.

“There are so many great campgrounds in New England, and we want to do everything we can to make sure their camp sites are full this year,” said Billie McNamara, operations manager at Loons Haven Family Campground.

Zagami, DiPietro and McNamara created the show in conjunction with Bill Sell, a partner at event management company Advisor Communications.