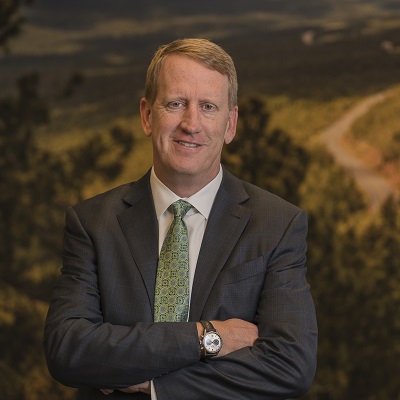 Chad Reece, Winnebago’s director of corporate relations, said the company is thankful to Hazelton for his service at Newmar and wished him well in his new venture. Newmar Chief Financial Officer Joe Shoemaker has been named the interim primary executive officer. Reece said a search for a new president would be initiated in the near term.

Before taking the helm at Newmar, Hazelton spent five years overseeing Winnebago Industries’ motorhomes and towables. He took over as Newmar president Aug. 27 after Miller announced his retirement.

Hazelton was hired in August 2016 to oversee Winnebago’s motorhome business and was promoted to senior vice president, Winnebago-brand RVs in September 2020. The promotion provided him responsibility for customer-facing areas related to Winnebago motorhomes and towables.

“I am really excited,” Hazelton said in August. “The Newmar brand is such a great brand. To have the chance to follow in Matt’s footsteps, and his whole family, with this premium brand in the motorhome segment, is exciting.”

Hazelton has a diverse career and joined Winnebago without previous RV industry experience. His career experience includes working for companies producing engines for commercial vehicles, light and heavy equipment for construction and mining, specialized equipment for concrete pumping and placement and recreational vehicles. He also served as the CEO of Schwing America, Inc. where he led the company through Chapter 11 bankruptcy into a position of growth, with improved processes. Hazelton also held various roles with Detroit Diesel Corp., both domestically and internationally.

“Brian’s leadership and experience in transforming businesses aligns with our repositioning of Briggs & Stratton as a power agnostic solutions provider,” said Andrews. “While residential engines remain an important part of our business, Briggs & Stratton is focused on evolving market trends. The rapidly-growing commercial engines market and electrified products are propelling the company into entirely new markets, requiring the attention of an innovative leader who embraces and thrives on change.”