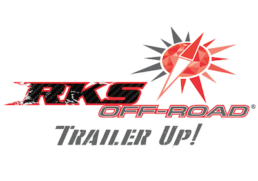 King and Elisabeth Gritsch founded RKS Off-Road in Arcadia, California, in 2019. Gritsch worked 20 years in the automotive industry before she and King launched an RV rental business seven years ago. Gritsch said that is when they noticed room for improvement.

Gritsch said it was the team’s next logical step to open RKS Off-Road, where they implement technology used in the EV industry. The company’s virtual engineering and manufacturing shorten development time and optimize data integrity.

King said, “At our development facility, we bring this knowledge to life, modifying and applying tried and tested development and prototyping processes to create industry-leading recreational vehicles.”

Four Corners RV’s Founder Mike Adams said, “We started in the RV rental business before expanding to off-road sales, and we were always struck by the lack of focus on high-quality materials in the units we rented. The team at RKS have taken an industry-wide issue and tackled it head on with superior craftsmanship and material integrity.”

The result is RKS Off-Road’s Purpose Travel Trailer. “Everything needs to have a purpose in life, whether it’s a product or a person,” Gritsch said on the first vehicle’s name.

Purpose features a 70-gallon water tank, full bathroom and a bedroom, all in a compact trailer that fits in the garage. Because Purpose is a smaller size, at 17 feet, 3 inches long, Gritsch said she realizes not everyone will love it. “We’re not trying to be the trailer for everybody,” she said.

Gritsch said she has been most approached regarding the company’s mini toy hauler, which they plan to release in 2021’s fourth quarter. She said the company designed it so consumers would not need a large truck to pull their toy hauler.

As with Purpose, “It is not going to be the toy hauler for everybody, just from a size perspective,” Gritsch said. But the mini toy hauler will feature patented new technologies, which will be advertised with its release. Gritsch said these technologies will be “industry shaping.”