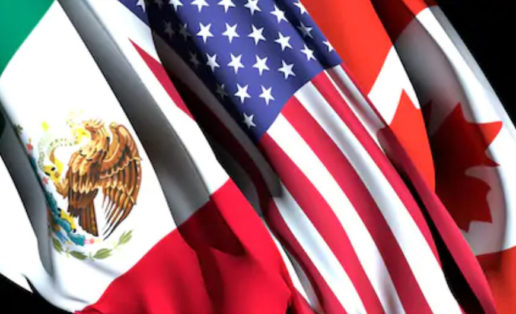 The Canadian government is moving to extend its U.S./Canada border closure, but the ban on non-essential travel to and from the U.S. shouldn’t affect supply or RV parts shipments.

According to the Associated Press, the U.S., Canada and Mexico plan to extend agreements to keep their shared borders closed to only non-essential travel until Aug. 21. The potential extended closure, however, would not mean a ban on “essential cross-border workers” including truck drivers and airline crews.

“As long as the supply chain form the U.S keeps moving, and parts and components manufacturing continues, then it should be alright,” Hamm said.

Canadian Prime Minister Justin Trudeau said this week that a decision on the U.S./Canada border closure would be announced later this week. As of early Wednesday morning, the AP reported final confirmation of the U.S., Canada agreement had not yet occurred but is likely.

If manufacturers on both sides of the border remain operational, Hamm said, parts and RV orders should continue to flow between the U.S. and Canada. She did say the extended closure will likely continue to have a detrimental effect on tourism in both countries, but that the RV and local camping industry should be OK.

“I think for the safety of everybody it’s probably best for everybody to stay within their local area, so I think our industry is supportive (of the closure) as long as trade is not impeded,” Hamm said.

Hamm said RVDA of Canada recently shifted its advertising to focus more on local travel and socially distant vacations within RV owners’ home provinces. That messaging highlighting the benefits of camping without crossing boarders, Hamm said, makes sense during uncertain times like these.

“It’s positive that our marketing has been to stay in your areas and  explore locally,” Hamm said. “RVing has also been very well showcased because so much of the health messaging has been to get outside.”

The closure was initially announced March 18, and was previously extended in April, May and June. The potential agreements between the North American countries would extend the closures another 30 days past the late July expiration.

Click here to read more coverage from the Association Press.