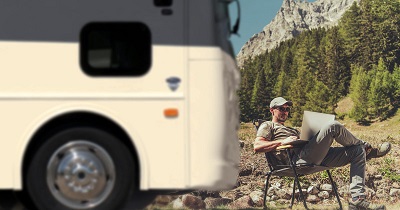 Internet access is a high priority for RVers, Go RVing reported in its October trend report. However, the organization further reported many campgrounds are not ready for the increased demand.

According to data obtained from Campground Viewers, 42% of campgrounds in the U.S. do not have access to Wi-Fi. Kampgrounds of America’s annual North American Camping Report found when campgrounds have access to cell service and Wi-Fi, campers stay an average of six to nine more nights.

For other campers, the amenity is classified as somewhat to very important. Specifically, the same KOA report found 58% of couples with children are classifying Wi-Fi as important. In 2020, that number was 42%.

Go RVing reports that in the changing world, “RVers needs are changing with it.”

“It went from RVing to disconnect from your everyday life to now RVing for a change of scenery — while staying connected to your regular life,” the October report stated. “As the RV lifestyle continues to evolve, campgrounds need to be able to cater to a new generation of RVers by providing Internet access and infrastructure, to keep first-time campers coming back, and to ensure that they stay RV campers for longer.”

Cloud gaming has the opportunity to replace console-based video games as the online games allow consumers to play “whenever, wherever,” Go RVing said in its report, “without having to worry about consoles and equipment, which is especially important when RVing.”

YouGov 2021 data referenced by Go RVing shows RV owners were more likely to have bought five or more video games in the last six months than the general population.

“The increase of BNPL platforms and their popularity reflects modern shopping habits and society’s overall financial uncertainty,” Go RVing reported, “where people can feel more comfortable making big purchases through BNPL platforms. This new method of financing has the potential to change up the current ways RVs are purchased, through methods such as layaway plans, as new RVers continue to enter the market.”